Panasonic has been quite busy at CES 2013. They have released a grand total of four Blu-ray players as well as a pair of headphones and a wireless speaker for the AV market segment.

After their success in this category for 2012, Panasonic is refreshing their range. The line-up includes two new Full HD 3D models in the shape of the DMP-BDT330 and DMP-BDT230, as well as two 2D Blu-ray Disc Players titled the DMP-BD89 and DMP-BD79.

The 3D enabled models include Panasonic’s proprietary IPTV platform, VIERA Connect, while the 2D models feature IP VOD, a service that offers a limited, targeted, selection of such of content from sites as Netflix, HuluPlus, Amazon Instant Video, Vudu, CinemaNow and YouTube.

The two new 3D-capable Blu-ray models include Miracast while the 2D capable models are equipped with Display Mirroring. This allows smart device users to transfer content from their smaller screen on to their TVs. The 3D-capable Blu-ray models also feature a Web Browser with pointer cursor for easy maneuvering, while all models in the 2013 lineup also feature external HDD Playback and personalized menu options on the Blu-ray lineup.

The Panasonic RP-BTGS10 headphones have quite an interesting design. They sit directly in front of a user’s ear canal, instead of inside or over the ear canal, where vibrations move through the bone directly into the auditory nerve, producing crystal clear sound. This setup also allows for outside noise to be heard making the earphones perfect from use when cycling or jogging. The headphones are also drip proof. 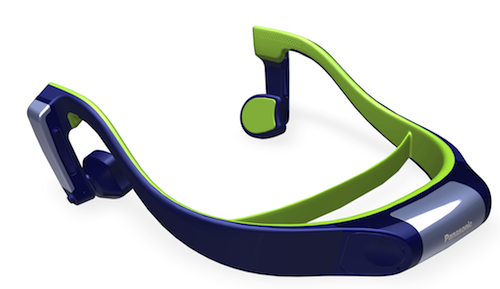 The Panasonic RP-BTGS10 headphones are also equipped with a bone conduction microphone, which will allow a user to record voice notes or take telephone calls while listening to their music. Like the headphone unit, the microphone picks up spoken sound via bone conduction, based on the vibrations of a user’s voice. The headphones also function wirelessly via Bluetooth.

The Panasonic RP-BTGS10 Bone Conduction Headphones will be made available in Fall 2013.

Designed for use with any Bluetooth-enabled tablet device, the Panasonic SC-NP10 allows users to prop their tablet, rather than dock, and wirelessly stream music or movie sound.  The Panasonic SC-NP10 utilizes Near Field Stereo Sound to ensure the standard of sound quality is maintained. A 12-degree slant design allows for the reproduction of stereo sound. 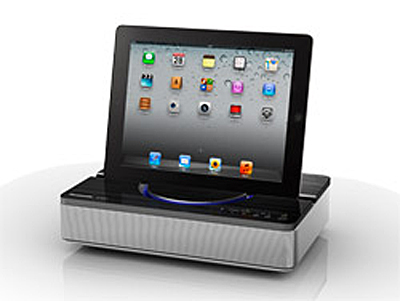 The Panasonic SC-NP10 Wireless Speaker will become available in April 2013.

Join HWZ's Telegram channel here and catch all the latest tech news!
Our articles may contain affiliate links. If you buy through these links, we may earn a small commission.
Previous Story
The New Olympus Tough TG-2 Camera Goes Deeper Than the TG-1
Next Story
Introducing Withings Smart Activity Tracker