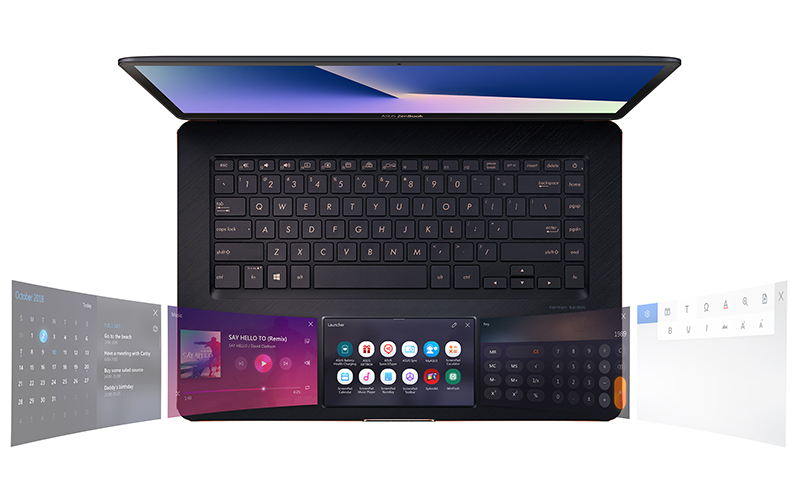 What would be the Windows equivalent of the Touch Bar on the MacBook Pro? A trackpad screen perhaps, if ASUS has its way.

The company today announced the ZenBook Pro 15 UX580, a 15.6-inch notebook designed for creative professionals. And yes, the 5.5-inch Windows Precision Touchpad on this notebook doubles as a second FHD IPS display.

The ScreenPad, as ASUS calls it, is covered by glass and features a matte coating that helps resist fingerprints. Gimmicky as it seems, it serves a range of functions, and you can use it to display controls for YouTube videos and Groove Music (Spotify support is coming soon). There’s also integration with programs like PowerPoint, and ASUS says it will make the SDK public so third-party developers can add support for it.

In addition, the ScreenPad can function as an extended desktop, and you can drag things like YouTube videos into it. It’s not inconceivable that you could use this to watch videos on the side while working, but the screen is still so small that its utility feels quite limited for this purpose.

That said, this is one powerful notebook, and it can be equipped with up to an Intel Core i9-8950HK processor, 16GB of DDR4 RAM, and an NVIDIA GeForce GTX 1050 Ti. 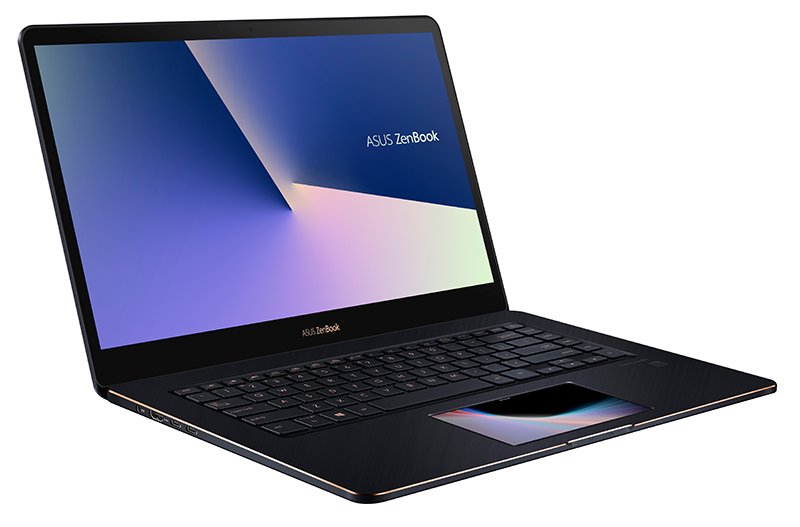 The display is also one of the most impressive aspects of the notebook. The 15.6-inch panel supports up to a 4K resolution and 100 per cent coverage of the Adobe RGB color gamut, so it’s a good fit for photographers and video editors. Furthermore, it boasts a Delta-E value of less than 2 for more accurate colors.

On top of that, the laptop can output to five external displays at once, thanks to its two Thunderbolt 3 ports that support two 4K displays each, and one full-sized HDMI 1.4 output.

You’ll also find a further two USB 3.1 (Gen 2) Type-A connectors on board and a microSD card reader. This should be enough for most folks, but it’d have been nice to see a full-sized SD card reader, especially considering the laptop’s target audience.

The notebook is fairly light for what it offers as well, weighing just 1.88kg and measuring 18.9mm thick. 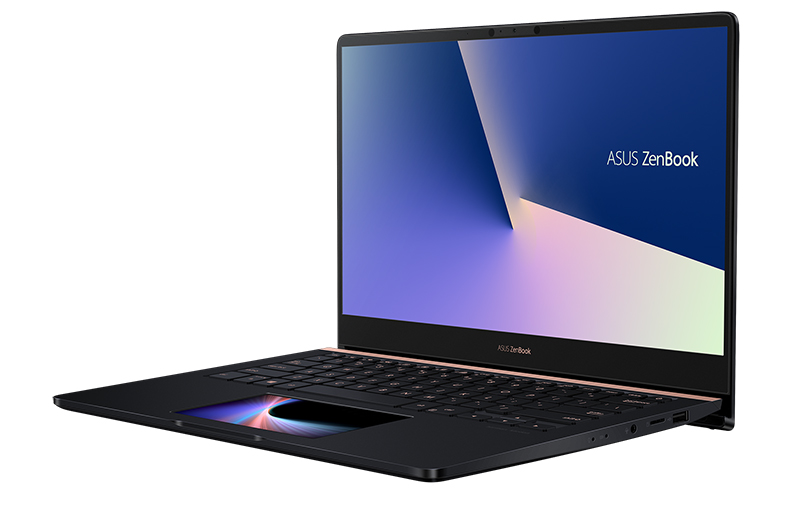 However, if you want something still more compact, ASUS also announced the 14-inch ZenBook Pro 14 UX480, which features a ScreenPad as well. This can be equipped with up to an 8th-generation Intel Core i7 chip, 16GB of RAM, and an NVIDIA GeForce GTX 1050 Max-Q. It also utilizes the same ErgoLift hinge as the ASUSPRO B9440 notebook.

Other features include built-in support for Amazon Alexa and Gigabit-class 802.11ac Wi-Fi.

Join HWZ's Telegram channel here and catch all the latest tech news!
Our articles may contain affiliate links. If you buy through these links, we may earn a small commission.
Previous Story
Apple stock climbs to all-time high of US$191.83 on the first day of WWDC
Next Story
7 of the best features from Apple’s new watchOS 5