ASUS has announced a new addition to its Zen AiO Pro series of all-in-one PCs in the form of a 23.8-inch model that boasts an ultra-high resolution 4K IPS display.

Like the other Zen AiO Pro PCs we’ve seen earlier, it is packaged in a unibody, all-aluminum shell and sports an edge-to-edge glass display. However, this is the only model in the Zen AiO Pro line-up, and the first from ASUS, to feature a 4K (3,840 x 2,160 pixels) screen. In addition, it can be configured with a sixth-generation Intel Core i7-6700T processor (2.8GHz, 8MB cache), an NVIDIA GeForce GTX 960M graphics card, and an impressive 32GB of DDR4 RAM.

Given the 4K display, Core i7 processor and hefty amount of memory, ASUS appears to be positioning the PC as a multi-tasking and home entertainment machine. The display itself is of course touch-capable, and ASUS has added new ways for users to interact with the PC with a built-in Intel RealSense 3D camera.

Much like the RealSense 3D camera on the Dell Inspiron 24 7000, the camera on the Zen AiO Pro can sense the motion of people or objects in front of the camera. Its ability to recognize gestures also opens up new ways of interacting with the PC, and its facial recognition capabilities allows you to take advantage of Windows Hello, Windows 10’s biometric sign-in feature. 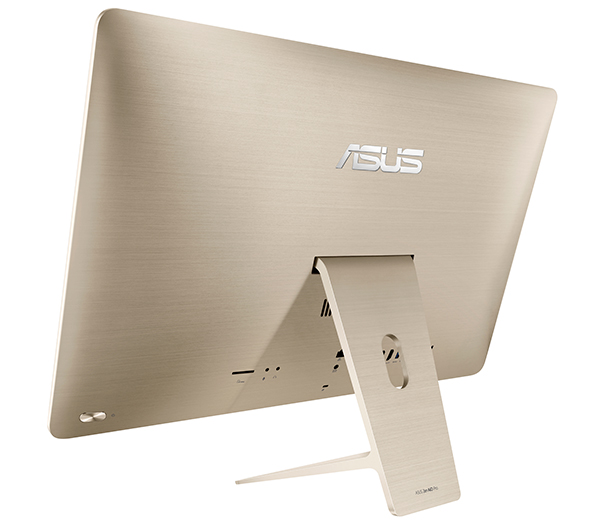 There is also the option to configure the PC with up to a 512GB PCIe M.2 SSD and 1TB of mechanical drive storage, which ensures you’ll find yourself satisfied in terms of both performance and bulk storage.

To further cement its position as a multimedia machine, ASUS has also included a total of six speakers on the AIO PC and the latest connectivity options, including a USB 3.1 (Gen 2) Type-C port.

The 23.8-inch 4K Zen AiO Pro is available in gold now at all ASUS Brand Stores and authorized retailers at S$3,198.

Join HWZ's Telegram channel here and catch all the latest tech news!
Our articles may contain affiliate links. If you buy through these links, we may earn a small commission.
Previous Story
PSA: This date change software bug will most likely brick your iOS device
Next Story
Sony announces new laser projectors designed for commercial applications