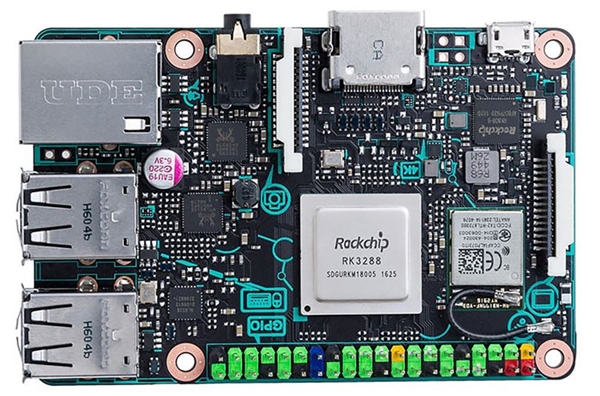 Updated on 10 February 2017: The ASUS Tinker Board is available in Singapore from local retailers for S$129!

The Tinker Board is powered by a quad-core, Rockchip processor that is rated to operate at 1.8GHz. It also supports 4K video and 24-bit audio. In comparison, the Raspberry Pi 3 is only capable of supporting up to full HD video playback. The Tinker Board supports Kodi software media center, making it an ideal small footprint, 4K-enabled video players with streaming capabilities. The other specifications of the Tinker Board include a Gigabit LAN connector, wireless connectivity standards comprising 802.11b/g/n and Bluetooth 4.0. It sports 2GB of LPDDR3 RAM, which is twice that of the Raspberry Pi 3.

The listed price of the ASUS Tinker Board is 55 pounds sterling, which is almost S$100. The price difference can be attributed to the higher hardware specifications of the Tinker Board. It remains to be seen if the better-specced single-board computer, which costs twice as much, will be able to knock the reigning rival off its pedestal.

Join HWZ's Telegram channel here and catch all the latest tech news!
Our articles may contain affiliate links. If you buy through these links, we may earn a small commission.
Previous Story
Snapchat’s firm will spend US$1 billion on Amazon Web Services
Next Story
Cortana will now remind you of the promises you made in emails