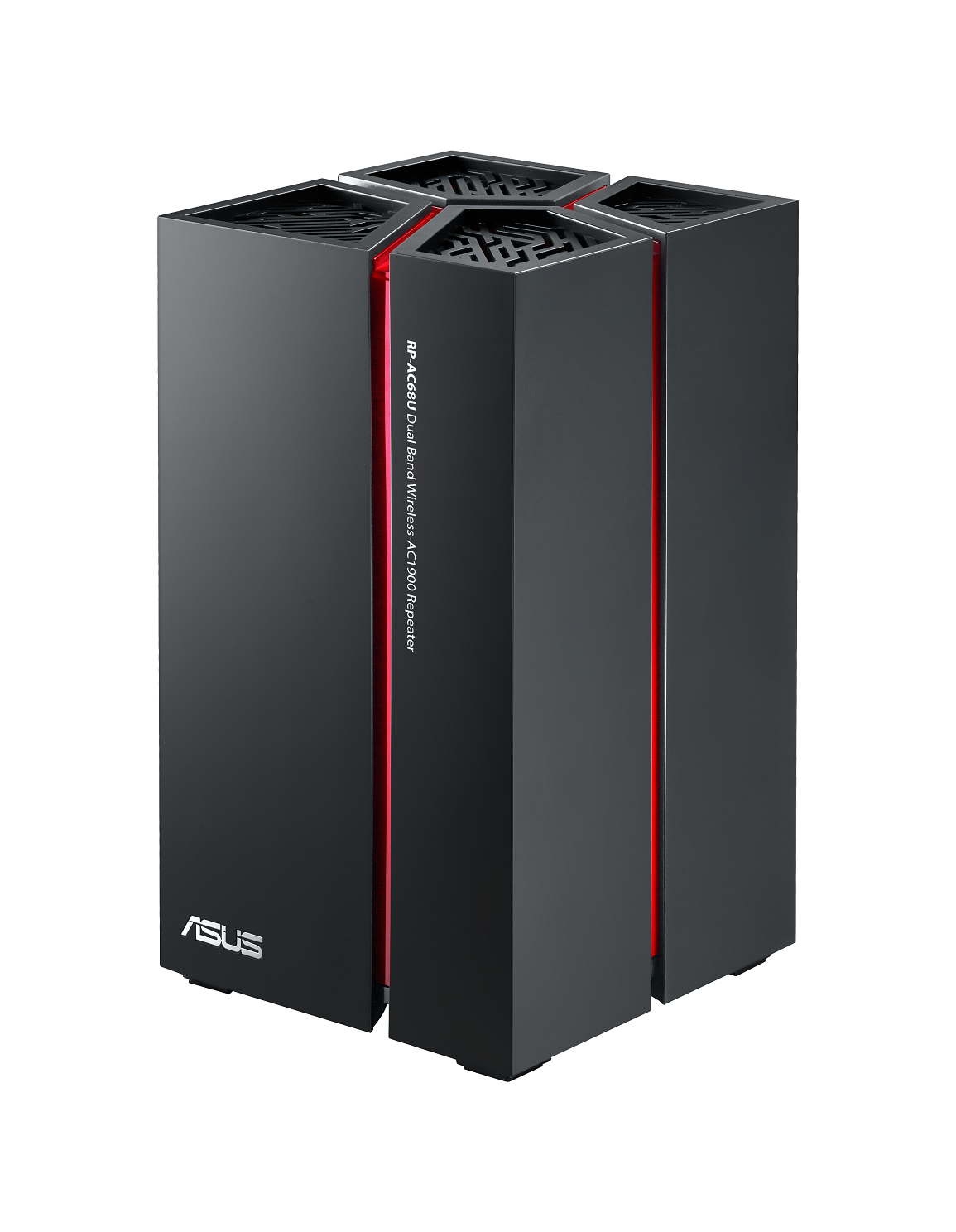 If the 802.11ac Wi-Fi in your home needs a little boost, ASUS’s new RP-AC68U wireless repeater would make you consider getting the extra help. For a Wi-Fi extender, this device looks more stylish and compact than its peers, yet it still comes with all the core features that make it powerful – and more.

The RP-AC68U comes with four antennas (3 transmit, 4 receive with its 3 x 4 MIMO configuration) for servicing multiple data streams at once, and extending the coverage of an existing 802.11ac Wi-Fi network. It boasts a theoretical combined speed of up to 1900Mbps, by adding the maximum speed of its 2.4GHz band that supports up to 600Mbps, and maximum speed of 1300Mbps on the 5GHz band. It can also be used with routers supporting older Wi-Fi standards. However, this ASUS Wi-Fi repeater can do a little more than simply re-broadcasting Wi-Fi signal around your home. You can use the RP-AC68U’s single USB 3.0 port and an external USB hard drive to set up your own cloud server, allowing the devices in your household to stream stored media content via wireless connection. You will need the AiCloud app (available on iOS and Android OS) to access said content on your mobile devices.

The Wi-Fi repeater also supports wired setups too, with a total of five Gigabit Ethernet LAN RJ45 ports for users who prefer reliable configurations for their NAS, smarter printers, and gaming consoles. Hooking up the ASUS RP-AC68U is simple – installation only requires you to press the WPS button on this repeater, and the parent router for it to sync up. The RP-AC68U features LED indicators for each frequency band, making it easy for users to set up the repeater in a location with strong connectivity.

The ASUS RP-AC68U Wi-Fi repeater is retailing now at S$259, with a three-year warranty.

Join HWZ's Telegram channel here and catch all the latest tech news!
Our articles may contain affiliate links. If you buy through these links, we may earn a small commission.
Previous Story
IBM unveils concept for new chip that can speed up AI training by a whopping 30,000x
Next Story
The Thermaltake Poseidon Z Touch has a touch-sensitive spacebar for macros and gestures