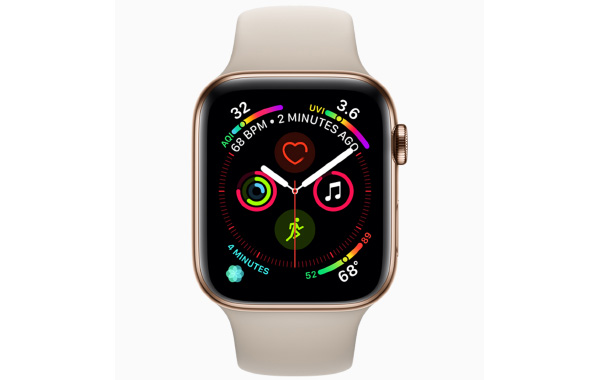 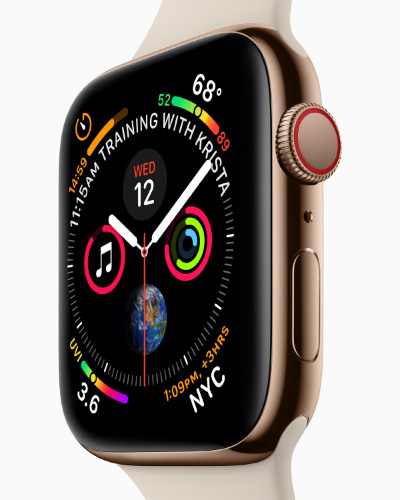 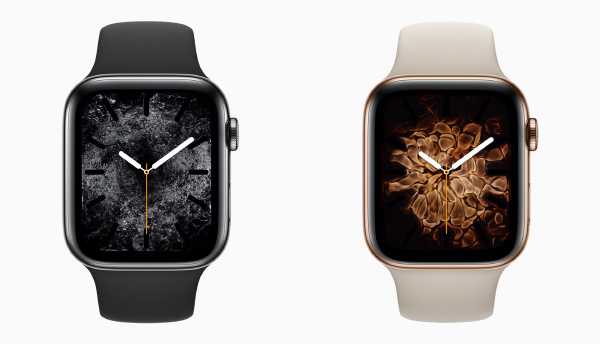 To take advantage of the larger display, Apple is introducing a couple of new watch faces. For fans of complications, Apple has a brand new watch face that shows up to 8 complications displayed simultaneously. There’s also a new Breathe watch face that helps users breathe, stay mindful, and keep calm. Finally, there is also a variety of new motion faces - Vapor, Liquid Metal, Fire, and Water - that reacts to the curved edges of the case. 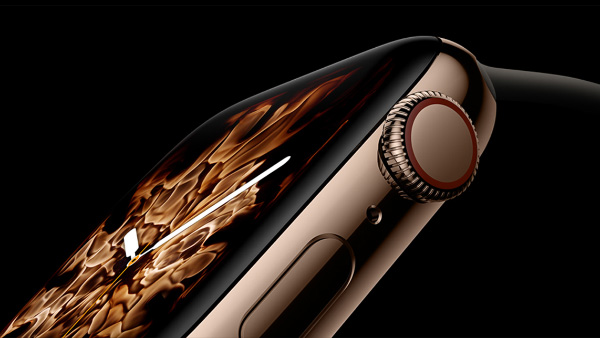 Moving on, There are a lot of other improvements elsewhere in Apple Watch Series 4. For example, the Digital Crown has been updated and now features haptic feedback for a more tactile and precise user experience. The speaker has been improved and is up to 50% louder, making it easier for users to hear Siri’s responses. And the case back of the Apple Watch Series 4 is made out of ceramic and sapphire crystal, which is extremely strong and scratch-resistant but also has the benefit of allowing radio waves to pass through for improved cellular performance.

Inside, the Apple Watch Series 4 is powered by the new S4 processor. The S4 processor features a 64-bit dual-core processor and GPU that is up to twice as fast as its predecessor. 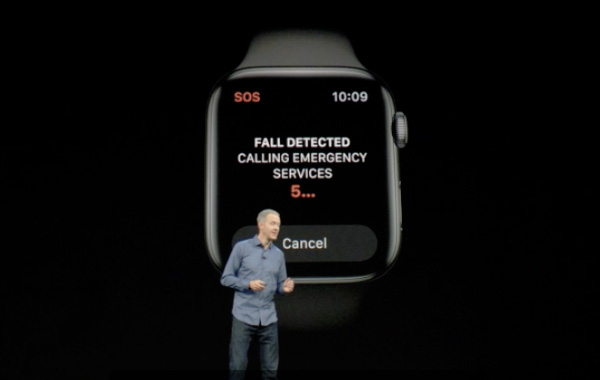 Alongside the new processor are new and improved sensors. The accelerometers and gyroscope sensors that can measure a greater range of G-forces and also sample data more often. This enables it to do all sorts of clever things like fall detection. This might sound inconsequential, but hard falls are a serious problem especially for older folks. When a fall is detected, the Apple Watch Series 4 sends an alert which can be dismissed or used to initiate a call to emergency services. If the watch senses that you are unresponsive for 60 seconds after the notification, it will automatically call emergency services and send a message with your location. 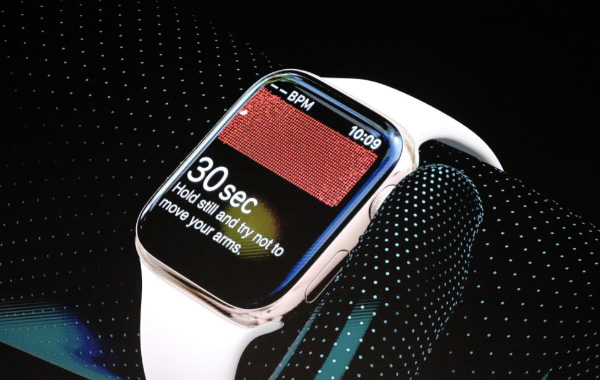 The biggest new feature of the Apple Watch Series 4 is arguably the ability to take an electrocardiogram (ECG) reading anywhere and at anytime. This is done using electrodes built into the Digital Crown and the case back of the watch. With the ECG app, the Apple Watch Series 4 can give you a heart rhythm classification in just 30 seconds. Results are saved in the Health app as a PDF report, making it easy to be shared with doctors and heart specialists.

Despite all of the improvements and the smaller overall case sizes, battery life has remained unchanged at 18 hours.

Apple Watch Series 4 will ship with the new watchOS 5, which was announced at WWDC 2018 earlier this year. watchOS 5 will also be available as a free update for older Apple Watch models on September 17. 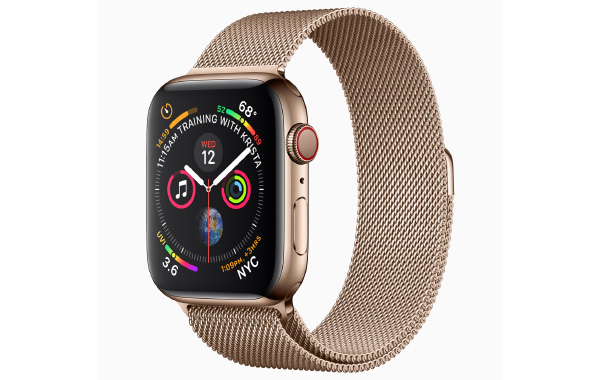 The Apple Watch Series 4 will be available in GPS and GPS + Cellular models. Prices start at S$599 for the former and S$749 for the latter.

Pre-orders will begin this Friday, September 14, with availability commencing the following Friday on September 21.

Join HWZ's Telegram channel here and catch all the latest tech news!
Our articles may contain affiliate links. If you buy through these links, we may earn a small commission.
Previous Story
You can now register your interest for the new iPhone XS, XS Max, and XR with Singtel
Next Story
Two new Apple Watch sizes are coming according to Apple's sitemap leak