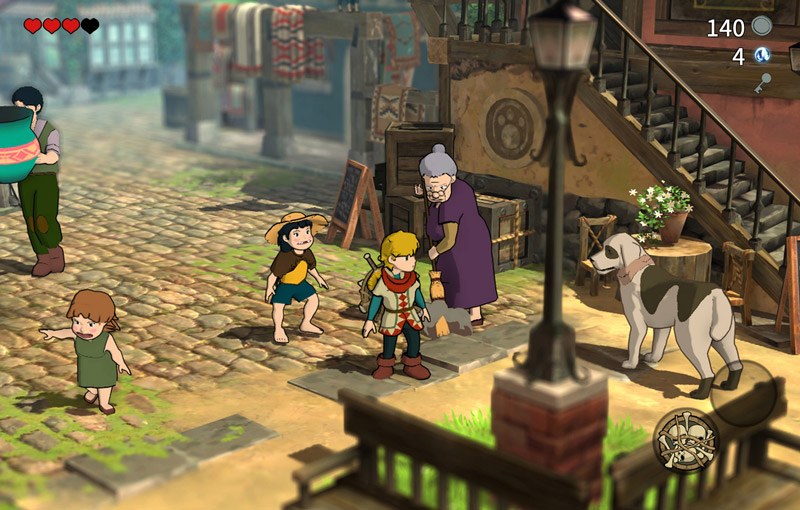 Don’t miss out on these!

Apple Arcade’s lineup of Arcade Original games are expanding with two very promising additions. The intense racing game Detonation Racing is hitting the service, along with a Studio Ghibli and Legend of Zelda-inspired action adventure game called Baldo (which will also be available for the Nintendo Switch).

Let’s dig into these games, first and foremost. Detonation Racing comes from Electric Square, a studio that consists of the creators of Forza Street and Hot Wheels id. This is an easy-to-pick-up thrilling racing game that throws you into solo, online or local play with friends and family. You’ll race across vibrant and stylised maps in chaotic environments rigged to blow up, collapse and spontaneously combust at the most inconvenient of times. Not that there’s a convenient time to spontaneously combust, of course.

We’re really looking forward to Baldo, an open-world game with hand-drawn visuals from the indie Italian development studio NAPS team. This game is an action-adventure RPG, packed with puzzles to solve and dungeons to traverse. Much like a classic Zelda game, Baldo will run into many strange characters in this world as you explore main story quests and other sidequests.

Asphalt 8: Airborne from GameLoft is also coming to Apple Arcade. This classic lets players amass an impressive vehicle collection and upgrade their rides. There are more than 240+ high-speed vehicles to chase, featuring the likes of Ferrari, Ducati, Chevrolet and more. Races are a fully physics-based experience taking place on more than 50 tracks. There’s a ton of content here, which should keep you busy as you build up an envious virtual car collection.

Detonation Racing launches this Friday, while Baldo launches on 27 August.

Join HWZ's Telegram channel here and catch all the latest tech news!
Our articles may contain affiliate links. If you buy through these links, we may earn a small commission.
Previous Story
Samsung said to be launching QD-OLED TVs in 2022
Next Story
Demolish the competition with the new SteelSeries Rival 5 and Arctis 9