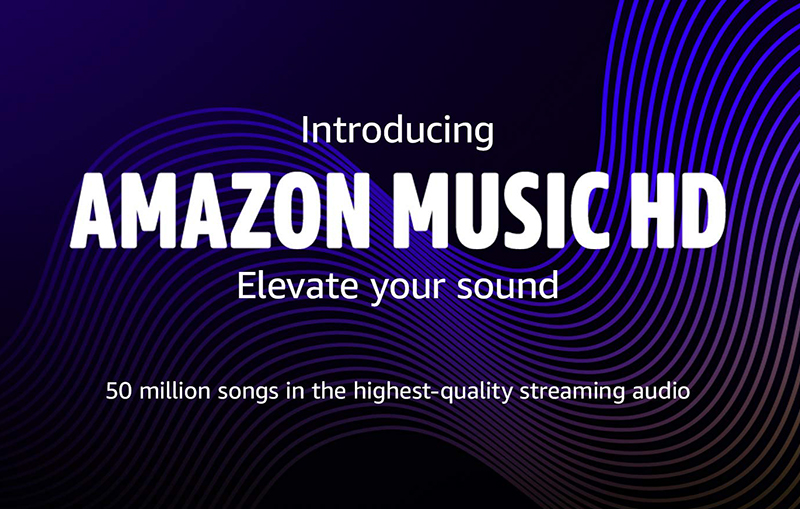 It's a move that will likely ruffle the feathers of niche players like Tidal and Qobuz, two music streaming services that have differentiated themselves from the competition by focusing on streaming high-resolution audio for audiophiles.

Some audiophiles swear by lossless music, claiming that it offers more detail and that it sounds better than lossy formats.

Subscribers will find two tiers of music on the Amazon Music HD. The first is what Amazon calls "High Definition," which is basically CD-quality music with a bit-depth of 16 bits and a sample rate of 44.1Hz. Amazon says it has over 50 million songs in this category.

The highest quality music can be found in the "Ultra HD" tier, which is what audiophiles refer to high-resolution music. Here, the songs will be in 24 bit with sample rates ranging from 44.1kHz up to 192kHz. Amazon says it has "millions" of songs in this category.

Interestingly, Amazon will deliver them in a more traditional lossless FLAC file format instead of MQA. This means you won't need an MQA-certified DAC to get the best out of the music, making Amazon Music HD the easy choice for listeners who are new to the high-res music scene.

Unfortunately, Amazon is only launching Amazon Music HD in four countries: USA, UK, Germany, and Japan. However, it will likely be rolled out in more countries in the near future.

Join HWZ's Telegram channel here and catch all the latest tech news!
Our articles may contain affiliate links. If you buy through these links, we may earn a small commission.
Previous Story
HTC's new CEO is Yves Maitre
Next Story
Japanophile gamers might want to make a trip to Osaka in April next year