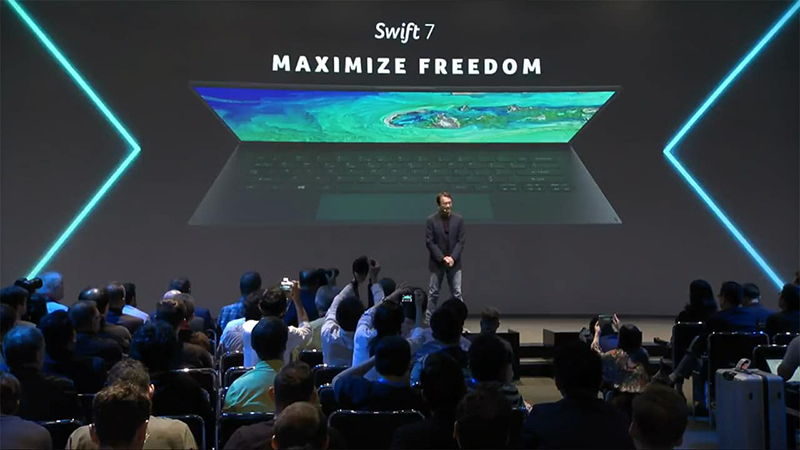 Acer introduced a new version of its Swift 7 laptop at IFA 2018, the second refresh this year for its super slim notebook. The company announced a new Swift 7 in January at CES, and the latest model improves on that with even thinner bezels and an edge-to-edge display.

The Swift 7 now boasts an impressive 92 per cent screen-to-body ratio, edging out even the Huawei MateBook X Pro and its 91 per cent ratio.

The laptop is equipped with the same 14-inch display as its predecessor, but the bezels now measure just 4.27mm thick. Acer says this allowed it to shrink the overall space footprint by 15 per cent, making the notebook even more compact than before.

To keep its weight down, Acer built the laptop using magnesium and lithium, but it stopped short of providing specific numbers. There were also few details on hardware specifications, although Acer did say that the laptop will come equipped with Intel’s 8th-generation Core i7 processor.

On top of that, the company also announced a price and release date for its 15.6-inch Swift 5 laptop that it first showed off back in May. It will be available to buy in the US in January at US$1,099, but Acer tells us that we could see local availability later this year.

It weighs a mere 990g and will come equipped with either an Intel Core i7-8565U or Core i5-8265U processor, Intel’s latest Whiskey Lake chips, so it’ll support Gigabit Wi-Fi speeds. It measures 15.9mm thick however, so those who want a super thin design will probably go for the Swift 7. 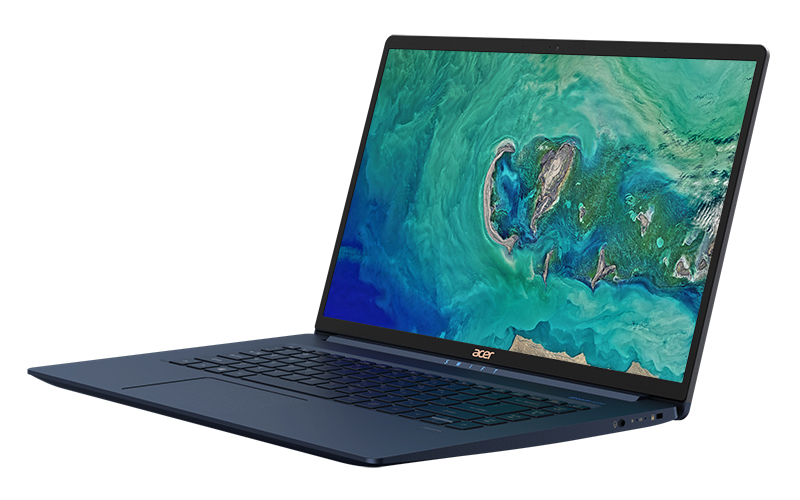 In addition, the Swift 5 can be configured with up to 16GB of DDR4 RAM and a 1TB PCIe SSD. Acer is also claiming up to 10 hours of battery life on the notebook.

Separately, Acer also updated its Swift 3 laptops with new 13.3-inch and 14-inch models. These now feature slimmer bezels, sleek aluminum chassis, and a hinge design that lets you lay the display completely flat. The 13.3-inch Swift 3 will come with an option for integrated 4G LTE for connectivity on the go as well. However, it looks like only the 14-inch models will support Intel's new Whiskey Lake processors.

Join HWZ's Telegram channel here and catch all the latest tech news!
Our articles may contain affiliate links. If you buy through these links, we may earn a small commission.
Previous Story
Apple rolls out iPhone 8 logic board replacement program
Next Story
The world’s largest airplane, Stratolaunch, is designed to heave rockets into space