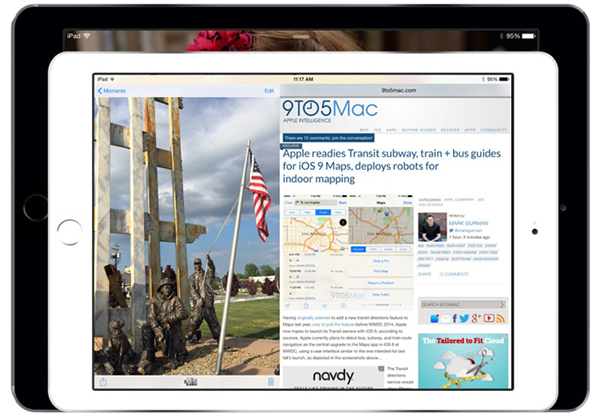 Sales of iPads have remained bleak for the past couple of quarters, but Apple's CEO Tim Cook remains optimistic about the future of the iPad. That said, the company is keen to reverse that trend.

According to the latest rumors, Apple is working on several hardware and software updates to breath new life into the iPad lineup. On the hardware front, Apple is said to be working on 12-inch iPads codenamed "J98" and "J99".

The larger displays of these iPads will let its owners do more. And to that end, Apple is also said to be working on a new split-screen dual-app viewing mode for the 12-inch iPad. The report also added that Apple had originally planned to debut this new feature in iOS 8, but pulled it out as it needed further refinement for public consumption.

Another new key feature is multi-user login support. The tablet is still regarded as a very personal device and this feature would allow multiple users to share a single iPad, but have access limited to only their own apps, documents and media - like on OS X. This might encourage families to buy iPads to share amongst family members.