The new 10-inch Surface Go starts at US$399, available for pre-order in Singapore in the coming weeks

The new 10-inch Surface Go starts at US$399, arriving in Singapore in the coming weeks

Note: This article was first published on 10th July 2018. 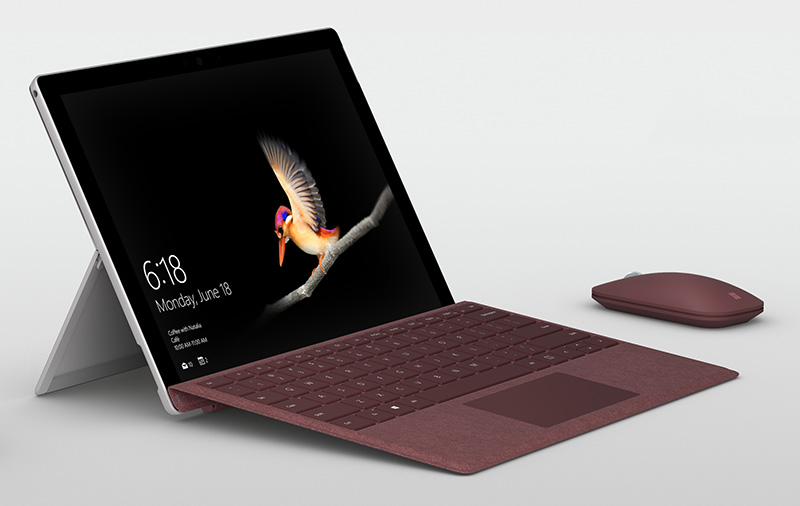 It’s been rumored that a new Surface device is coming; heck, even Microsoft is teasing about it. Hours before the official announcement, that product has leaked, and we now know that it’s called Surface Go, a 10-inch tablet that starts at US$399.

According to Microsoft (forced to announce early because of the leak?), the Surface Go runs on the Intel Pentium Gold 4415Y dual-core processor. It has a fanless design and offers up to nine hours of battery life. For the screen, we're looking at a 10-inch, 1,800 x 1,200-pixel (3:2 aspect ratio, naturally) PixelSense Display, which supports the Surface Pen with 4,096 levels of pressure sensitivity. Signature Surface features like a flexible kickstand (which extends to 165 degrees for the Go) and a Windows Hello camera are also onboard.

Weighing 520g and measuring just 8.1mm thick, the Surface Go also has a built-in USB Type-C port, which is positioned above the Surface Connect port. In addition to carrying data and video, this USB-C/3.1 Gen 1 port can also be used for charging. The Surface Go is also equipped with a microSD card reader and a headphone jack.

The US$399 price tag is reserved for the base model that comes with 4GB RAM and 64GB eMMC storage. There will also be a 8GB RAM / 128GB SSD model going for US$549. Out of the box, both configs run Windows 10 Home with S Mode enabled, which means users can only install apps from the Microsoft Store and use the Edge browser. Like the Surface Laptop, users who find this restrictive can switch to regular Windows 10 anytime for free. Microsoft is also selling the Surface Go to its commercial customers, at US$449 and US$599 respectively for the same hardware configs listed above. The key difference between the consumer versions and these is that the latter come with Windows 10 Pro. 256GB and LTE models are planned for a later release.

Like the Surface Pro, the Surface Go doesn't come with a Type Cover. The standard black polyurethane Surface Go Type Cover is priced at US$99, while the Alcantara-lined Signature Type Cover that comes in the usual Platinum, Burgundy, and Cobalt Blue color options is going for US$129. The new Type Cover sports LED backlighting and a 1mm key travel. The Surface Pen, which costs US$99, is also available separately. Microsoft is also making a new Bluetooth travel mouse called the Surface Mobile Mouse, and is pricing that at US$35.

Microsoft's blog post also states that the 2-in-1 device will be available for pre-order in the coming weeks in Japan, Singapore, Korea, Taiwan, Malaysia, Thailand, Hong Kong, and China. The official word we've gotten from Microsoft Singapore, however, is that the Surface Go will be available here "later this year". 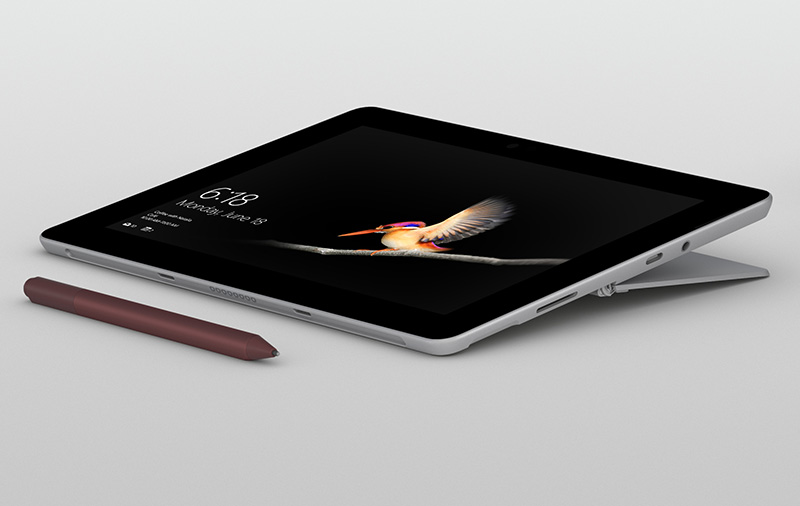