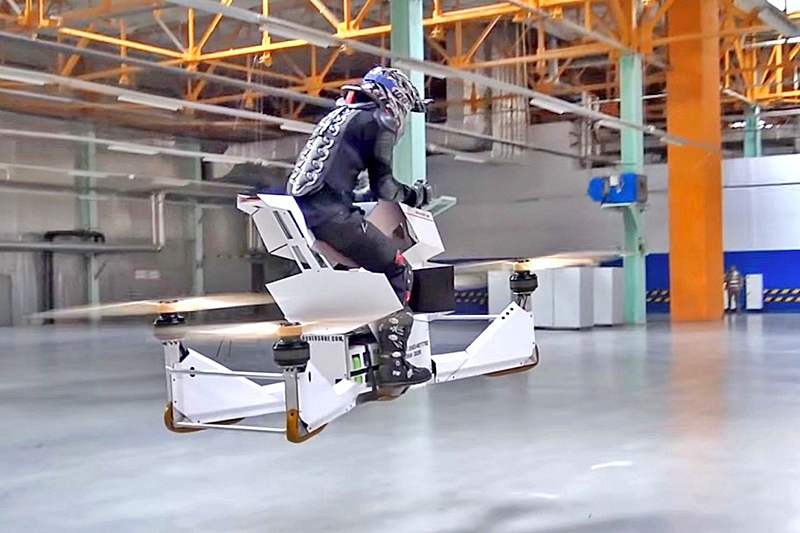 According to The Business Times, a local official from the Transport Ministry revealed the government is looking to test ‘flying cars’ as a feasible “urban mobility option” for our island-state. This was revealed to the publication yesterday at the second Business Times Leaders' Forum by Permanent Secretary Pang Kin Keong. At the forum, he showcased three images of aerial transport vehicles that are already going through prototype testing. They include the “Hoversurf Scorpion by a Russian startup, the Volocopter VC200 from German company e-volo, and the Ehang 184 autonomous aerial vehicle from China.”

Besides “flying vehicles”, the Transport Ministry is also looking at transportation options that may be implemented sooner as the ministry exploring on-demand public bus services in order to serve the public better. With the provisioning of bus services according to passengers’ demands, these “buses will ply low-ridership routes that are dynamic and responsive to riders' real-time demand during off-peak hours.”

The ministry has also signed an agreement with a company to build and test autonomous buses; the ministry is keeping the agreement details under wraps for now and will reveal its details in due time. So will these self-driving buses be like those that were on trial late last year, under the auspices of LTA and NTU? Do watch this space for more updates.

Join HWZ's Telegram channel here and catch all the latest tech news!
Our articles may contain affiliate links. If you buy through these links, we may earn a small commission.
Previous Story
LG opens its Business Innovation Centre in Singapore, with the latest in display tech
Next Story
Lazada Singapore now offers an easier way to shop Taobao