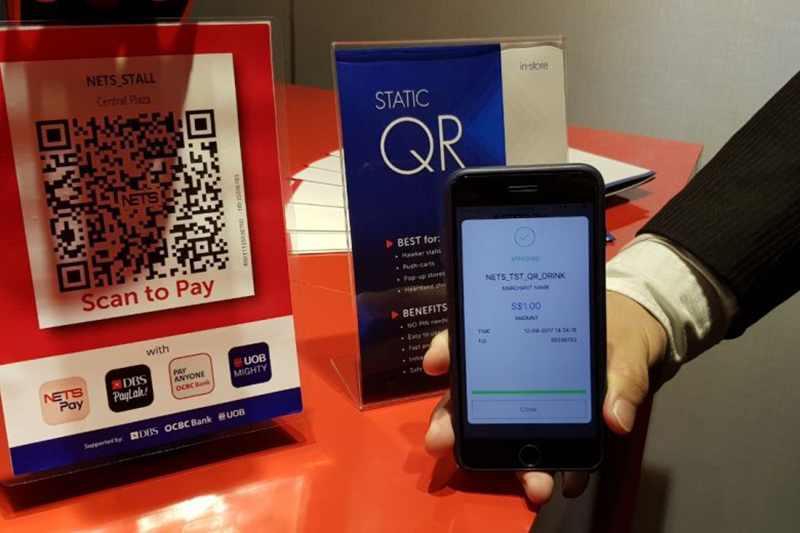 OCBC and UOB Nets cardholders can now use their cards on the mobile app NetsPay. NetsPay is an app that allows users to digitize their Nets ATM cards on their mobile phones, they can then use the app to pay with these cards. Nets says that there are now over 105,000 acceptance points in Singapore.

From payment systems provider Nets, the NetsPay app first launched in October of last year with one bank on board. Besides OCBC and UOB Nets cards, NetsPay currently supports Nets cards from DBS and POSB.

Nets works like a debit card, purchases are debited from users’ bank accounts. If you pay for purchases of less than S$100 with NetsPay, you don’t have to key in a PIN.

There are a few ways you can use NetsPay to pay using your mobile phone. The easiest way would be a tap on Nets Contactless payment terminals, but this is only available on NFC enabled Android phones. You can also pay if the retailer has a Nets QR code, by scanning the code placed at the cashier or printed on the receipt.

NetsPay adds to the growing list of options that smartphone owners in Singapore can use to pay using their mobile. Besides NetsPay, you have options like Apple Pay, Android, Samsung Pay, Singtel Dash, DBS PayLah, OCBC Pay Anyone, and so on. It’s such a dizzying smorgasbord of options that we wrote a guide to paying with your smartphone. Mobile payments are also evolving rapidly enough that some parts of that guide are already outdated. NetsPay, for example, hadn’t been announced when the guide was published.

Join HWZ's Telegram channel here and catch all the latest tech news!
Our articles may contain affiliate links. If you buy through these links, we may earn a small commission.
Previous Story
La Liga amps up football viewing experience with 360-degree videos, thanks to Intel True View
Next Story
Thermaltake’s View 71 Tempered Glass Snow Edition is an all-white E-ATX chassis