Netflix won't be part of Apple's video service when it launches

Netflix won't be part of Apple's video service when it launches 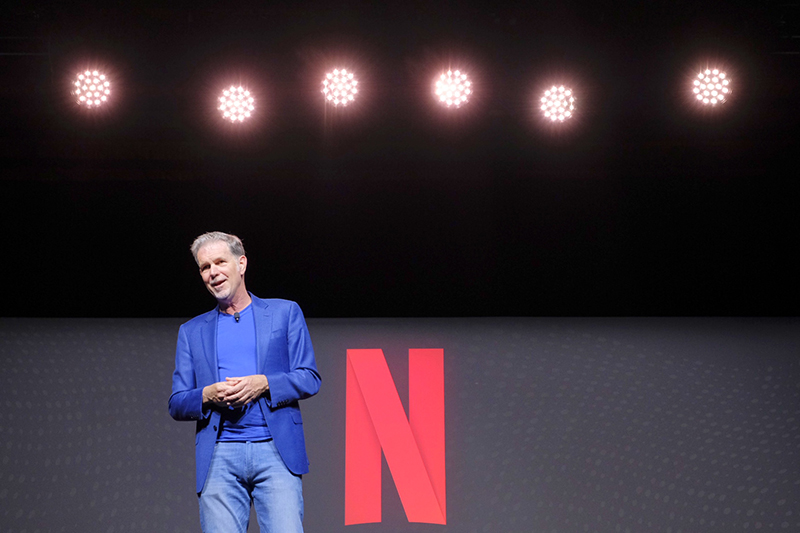 Netflix will not be part of Apple's upcoming video offering, CEO Reed Hastings confirmed to reporters at the company's Labs Day. The statement probably didn't come as a surprise to anyone, and Netflix understandably wants everyone to watch its content on its own platform.

The streaming giant has come up with an impressive slate of original productions in recent years, including Oscar-winning films like Roma. Unsurprisingly, the company doesn't want to make these titles available outside its own platform. "We want to have people watch our shows on our services," Hastings said at Netflix's Hollywood offices.

Apple is thought to be planning a TV and video service that will let users purchase subscriptions to other content providers through Apple. In addition, the company may also produce its own original content. The video streaming space is really heating up, with Walt Disney also working on its own rival service.

On top of that, Facebook is reportedly working on its own TV offering that would be somewhat similar to Apple's and also Amazon, where the social network might let users buy subscriptions to channels like HBO, Showtime, and Starz.

On Netflix's end, it notably gave Apple's TV app a miss as well when it launched in 2016. However, with many media and tech giants looking to muscle in onto this space, it remains to be seen how Netflix will fare going forward.

As of January, the company had around 139 million paying subscribers. Moving forward, Netflix will likely have to work harder to wrestle users from all the big names, but the company has shown a refreshing willingness to innovate and experiment with new forms of story-telling, such as with interactive films like Bandersnatch and the bite-sized series Love, Death, and Robots.

However, there's one massive market that Netflix won't be able to mine for new users. Hastings said he expects Netflix to be blocked in China for a long time, so it won't be venturing there.

Join HWZ's Telegram channel here and catch all the latest tech news!
Our articles may contain affiliate links. If you buy through these links, we may earn a small commission.
Previous Story
Google’s midrange Pixel phones rumored to be called Pixel 3a and 3a XL
Next Story
Apple updates 4K and 5K iMacs with new Intel processors and AMD graphics