Netflix's Witcher: Nightmare of the Wolf movie gets a trailer and release date

Netflix's Witcher: Nightmare of the Wolf movie gets a trailer and release date 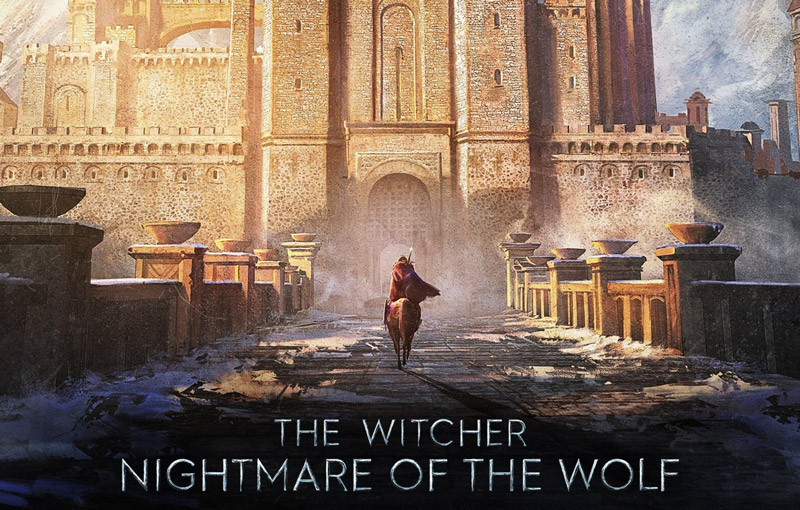 Netflix took to WitcherCon to reveal a trailer and release date for its upcoming animated film The Witcher: Nightmare of the Wolf. The movie serves as a prequel to the series and hits the streaming service on 23 August, 2021. That’s right - it’s just a month away!

This movie follows the adventures of Vesemir, an older Witcher from Kaer Morhen who mentored Geralt of Rivia. However, it looks like this movie will focus on a much younger Vesemir as he faces a strange new threat that might have ties to his past. Vesemir will appear in the live-action Witcher series and since the movie also seems to dive into the creation of Witchers at Kaer Morhen, this might set up quite a bit of Season 2’s story.

Nightmare of the Wolf comes from the brilliant minds at Studio Mir - the South Korean animation studio behind recent shows like The Legend of Korra, DOTA: Dragon’s Blood and Voltron: Legendary Defender. With a track record like that, their involvement in a Witcher project is pretty exciting. Studio Mir is also working on the next season of Young Justice, which isn’t relevant here, but hype-inducing nonetheless.

The Witcher: Nightmare of the Wolf is written by Beau de Mayo and directed by Han Kwang II. The Witcher’s showrunner Lauren Schmidt Hissrich is also producing the movie. It hits Netflix on 23 August, 2021 - which should help with the long wait until Season 2 launches in December.

Join HWZ's Telegram channel here and catch all the latest tech news!
Our articles may contain affiliate links. If you buy through these links, we may earn a small commission.
Previous Story
First trailer for The Witcher Season 2 teases Geralt and Ciri's next journey
Next Story
Apple to equip the 11-inch iPad Pro with mini-LED display next year?