Netflix's trailer for The Witcher: Nightmare of the Wolf unveils Geralt's mentor

Netflix's trailer for The Witcher: Nightmare of the Wolf unveils Geralt's mentor 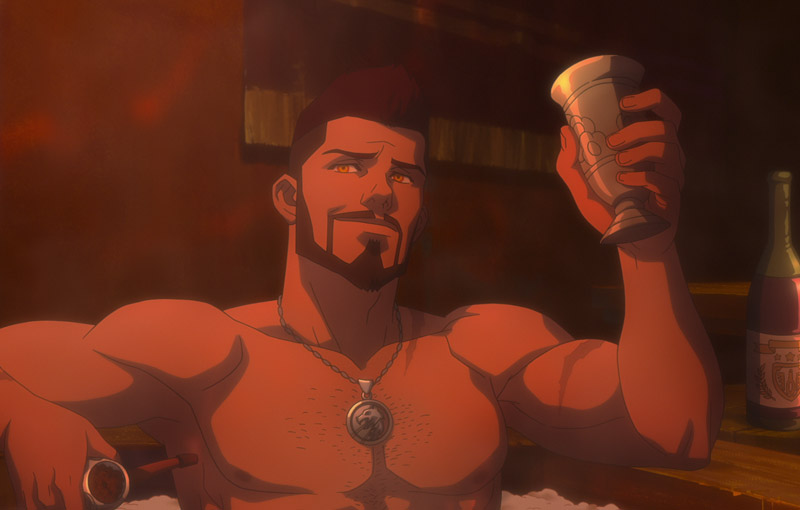 This will probably end up being important in Season 2.

Netflix’s animated movie The Witcher: Nightmare of the Wolf has received a proper trailer, showing off Vesemir in all his youthful glory while he battled monsters before Geralt’s time. The film will launch on 28 August, 2021 on Netflix, animated by Studio Mir (The Legend of Korra, DOTA: Dragon’s Blood).

Nightmare of the Wolf turns back time to explore the origin story of Geralt’s mentor Vesemir, back when he was a cocky young witcher killing monsters in exchange for money and luxury. However, when a strange new monster begins to terrorise a politically-fraught kingdom, Vesemir is pulled into a tense adventure that brings him face-to-face with the demons of his past.

We also have a cast for Nightmare of the Wolf. Theo James (Castlevania) plays Vesemir, with Lara Pulver as Tetra, Graham McTavish as Deglan and Mary McDonnell as Lady Zerbst rounding out the cast. The film is written by Beau DeMayo and directed by Studio Mir’s Kwang Il Han.

It’s worth noting that this movie will likely set up some lore for The Witcher Season 2, which releases this December. Nightmare of the Wolf dives into the barbarically painful process of creating witchers at Kaer Morhen, a stronghold of the witchers. Kaer Morhen returns as a location in The Witcher Season 2, when Geralt takes Ciri there to train her as a witcher. Vesemir will return in much older form next season, too.

This isn’t the only prequel to The Witcher set for a Netflix release. The Witcher: Blood Origin is also in the works, having just casted Michelle Yeoh as a sword-elf.

Join HWZ's Telegram channel here and catch all the latest tech news!
Our articles may contain affiliate links. If you buy through these links, we may earn a small commission.
Previous Story
Horizon Zero Dawn's Aloy is coming to Genshin Impact as a free 5-star character
Next Story
M1 partners up with Samsung to offer world’s first Voice over 5G NR (VoNR)