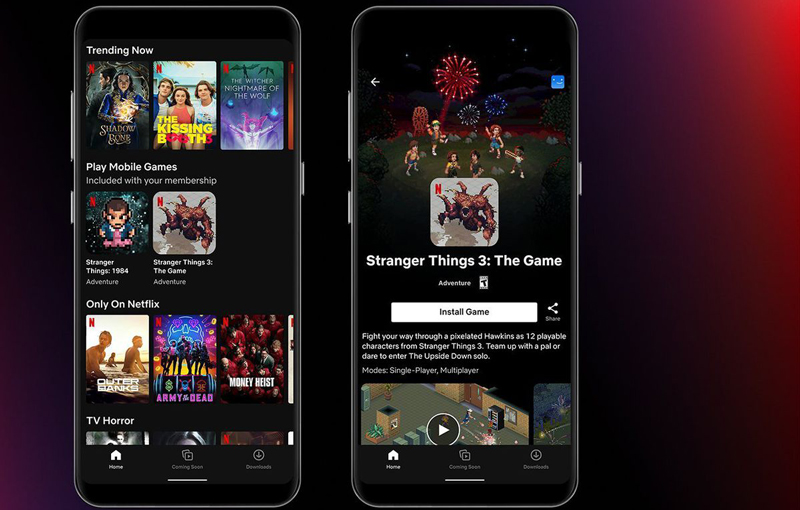 Gaming on Netflix is a thing now, deal with it.

Netflix has announced that it’s begun to roll out mobile gaming on its service. The company is currently holding a limited test that allows subscribers to play videogames on Android devices. The catch? The test is limited to Poland for now.

Polish subscribers to the streaming service will find that there are two games now available to play: Stranger Things 3 and Stranger Things: 1984. In a tweet, Netflix called this, “the first step,” and that they have, “a lot of work to do in the months ahead.” It should be no surprise that Netflix is testing mobile games on its service however, considering that the company promised shareholders in July that they would make the expansion soon.

Interestingly, Netflix also promised that these mobile games would come with no ads or in-app purchases. They would also be included with your Netflix membership, meaning that you won’t have to pay any additional fees to access them. It looks like the company is not necessarily trying to add value to its service for existing subscribers, but trying to entice new subscribers to pony up instead.

In a shareholders’ letter, Netflix mentioned that its subscriber retention shows, “how much our members value Netflix and that as we improve our service we can charge a bit more.” Potentially, an expansion into videogames might allow the streaming service to charge subscribers a higher fee in the future.