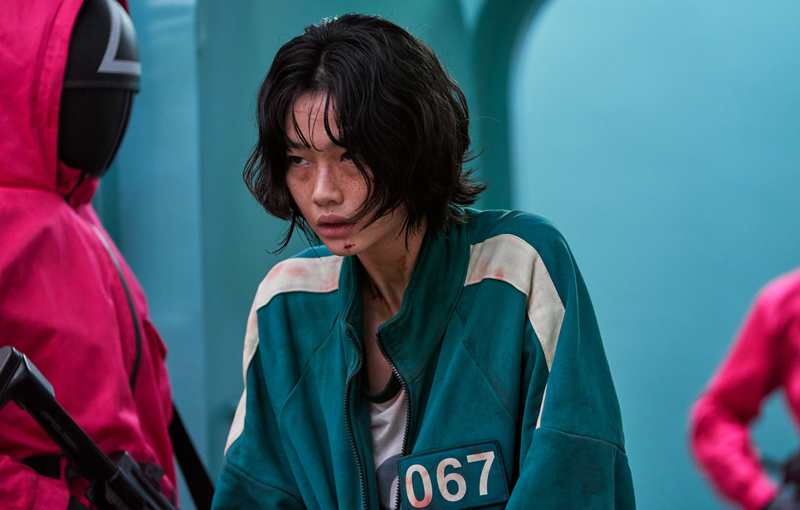 Netflix has released a trailer for Squid Game, an upcoming series that throws 456 people into a battle royale-style series of minigames with deadly stakes. At the end of that gauntlet? A 45.6 billion won cash prize. All you have to do to win is survive a couple of children’s games. Easy peasy!

This series is written and directed by Hwang Dong-hyuk (The Fortress, Miss Granny), and serves as, “one giant allegory that expresses the capitalist society of contemporary times,” according to Netflix. That much is obvious - the series takes desperate people in need of money and pits them against one another in a barbaric series of games with life-or-death consequences - and a massive cash reward.

In the trailer, we see people jump at the chance to join the games - and to be fair, they are told upon arrival that they don’t need to participate. Of course, the organisers also failed to mention any chance of them dying, so there are no good guys here. The visuals are pretty striking, filled with what Netflix calls, “storybook colours,” and a sense of novelty working in sharp contrast to all the blood and mayhem.

Personally, we can’t wait to check this out. Squid Game drops on Netflix on 17 September.

Join HWZ's Telegram channel here and catch all the latest tech news!
Our articles may contain affiliate links. If you buy through these links, we may earn a small commission.
Previous Story
Horizon Forbidden West on PlayStation 4 cannot be upgraded to PlayStation 5
Next Story
Amazon's first trailer for The Wheel of Time teases epic fantasy