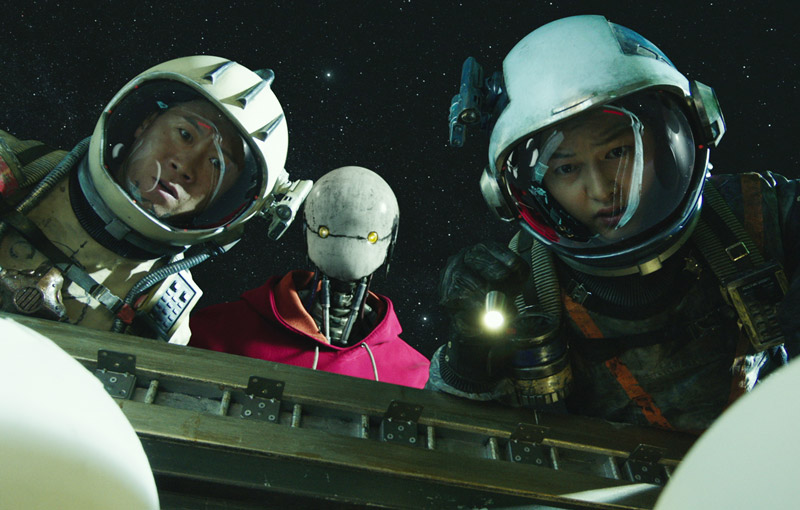 In Space Sweepers, our planet is well on its way to being rendered uninhabitable, WALL-E style. The year is 2092, and a pristine habitat has been created for UTS citizens in space. Unfortunately, frequent space travel has also resulted in the creation of tons of space debris, which is what the crew members of Spaceship Victory live on. Genius space pilot Tae-ho (Song Joong-ki), a mysterious ex-space pirate Captain Jang (Kim Tae-ri), a spaceship engineer Tiger Park (Jin Sun-kyu), and a reprogrammed military robot Bubs (Yoo Hai-jin) make up the ship’s crew, surpassing all other ‘space sweepers’ in their scavenging. 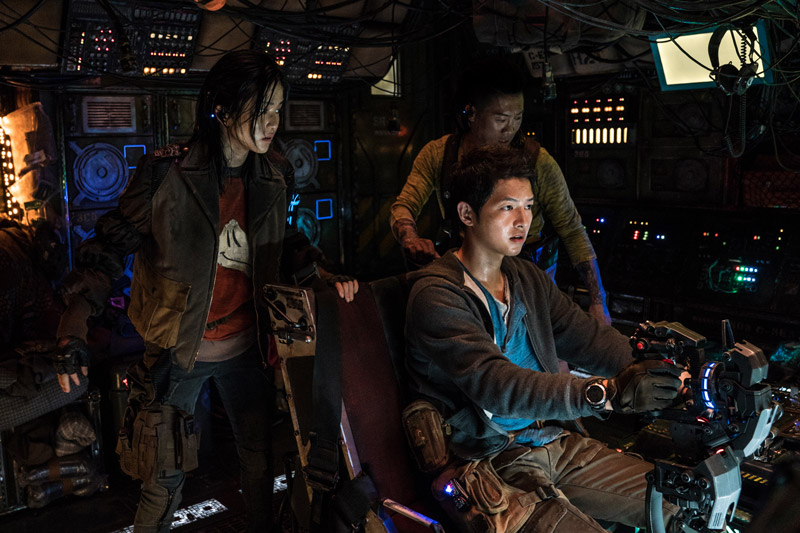 After the crew embark on an eventful debris chase, they manage to snatch a crashed space shuttle containing a 7-year-old girl. Things get complicated when they realise she’s an extremely dangerous human-like robot wanted by UTS Space Guards, and demand a ransom in exchange for her. What begins as a greedy quest for money however, might end up being an adventure to save the world.

Space Sweepers was originally meant to hit theaters, before it got delayed multiple times due to Covid-19. Now, it’s hitting Netflix on February 5, 2021.

Join HWZ's Telegram channel here and catch all the latest tech news!
Our articles may contain affiliate links. If you buy through these links, we may earn a small commission.
Previous Story
Grab and Watsons partner up to bring personal hygiene and cleanliness to your doorstep
Next Story
Cyberpunk 2077 developer's staff knew the game wasn't ready for release