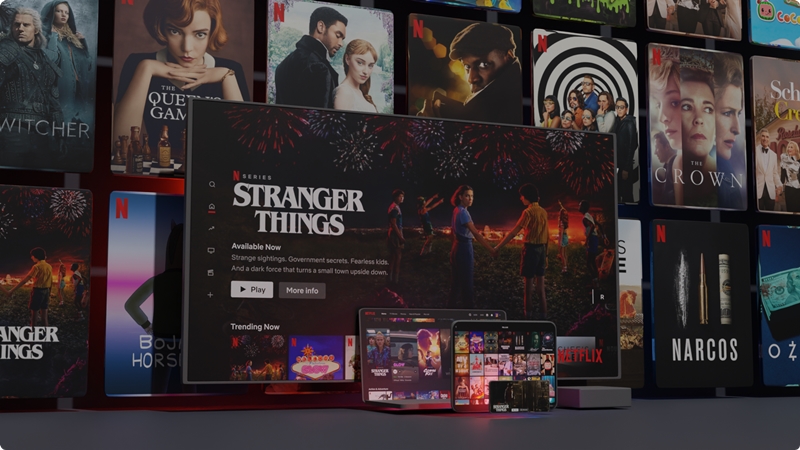 At the time of writing, Netflix boasts around 208 million paid subscribers internationally, and that number continues to grow with every passing day.

Now that's already an impressive figure when judged in a vacuum, as it represents an increase of roughly 4 million subscriptions compared to its last quarter. However, the interesting bit is that the streaming giant isn't completely satisfied with that, as it falls 2 million subscriptions short of its target of 210 million.

Let's cut to the chase. Basically, the company is starting to worry about its declining subscriber growth rates, which have begun to plateau, or even dip due to Netflix churning out lesser programmes, or as they put it in their recent earnings report, a "lighter content slate" over this past quarter. Needless to say, the pandemic is partially responsible, and not just because it hindered production and filming. During this same period last year, everyone was cooped up at home while COVID-19 ran willy-nilly all over the world, leading to an exponential increase in Netflix subscriptions and other streaming services. 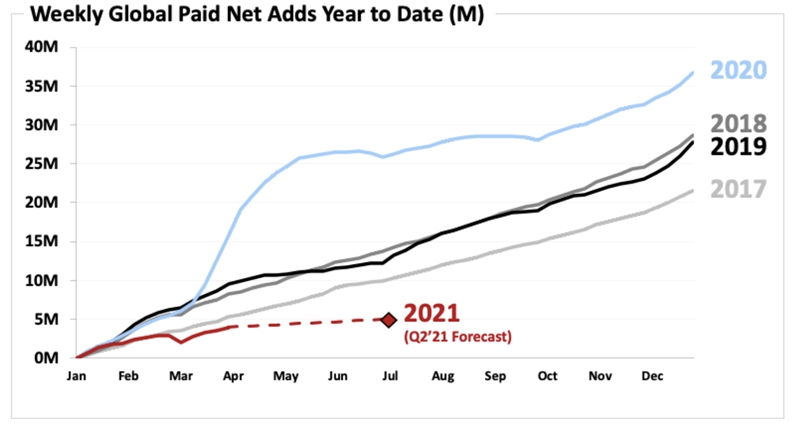 Amusingly, you could say that this comparison is a little flawed, since putting the current "declining" subscriber growth rates up against a period with unprecedented positive growth isn't exactly the most logical pairing. Regardless, it appears to be significant enough for Netflix to be concerned about it, and from the looks of things, the company is aiming to push harder during the latter half of 2021 to compensate for the dipping growth rates. This declaration lines up nicely with the medley of popular content scheduled to arrive on Netflix over the next few months, such as the much-hyped second season of The Witcher, among numerous others.

As the cherry on top, there's also the increased competition that Netflix has to deal with, especially where HBO Max or Disney+ are concerned. While the latter still can't match Netflix blow-for-blow in terms of subscriber counts, it is gaining a lot of ground in that regard, and its variety of content is by no means inferior to Netflix's.

Join HWZ's Telegram channel here and catch all the latest tech news!
Our articles may contain affiliate links. If you buy through these links, we may earn a small commission.
Previous Story
Here are two surprising tidbits Apple didn't mention about the AirTag
Next Story
The Huawei MateBook X Pro notebook gets fresh upgrades and a new coat of paint for 2021