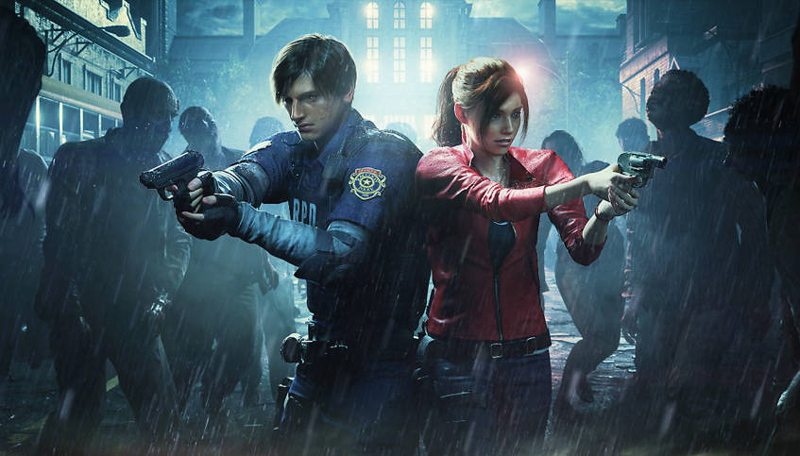 Zombies are back in style, it seems.

Netflix has finally announced their upcoming Resident Evil series, after a story synopsis was leaked back in February. The live-action adaptation of Capcom’s iconic zombie-horror game franchise will simply be titled ‘Resident Evil’.

Based on the few details Netflix has released on the series however, it bears little resemblance to the Resident Evil games. An entirely new story will be written by showrunner Andrew Dabb (Supernatural), drawing from familiar elements from the games. Instead of focusing on popular characters like Leon S. Kennedy or Jill Valentine, the series will follow the twin daughters of antagonist Albert Wesker.

When the Wesker kids move to New Raccoon City, the secrets they uncover might just be the end of everything. Resident Evil, a new live action series based on Capcom’s legendary survival horror franchise, is coming to Netflix. pic.twitter.com/XWh5XYxklD

In the first timeline, fourteen-year-old sisters Jade and Billie Wesker are moved to New Raccoon City. A manufactured, corporate town, forced on them right as adolescence is in full swing. But the more time they spend there, the more they come to realize that the town is more than it seems and their father may be concealing dark secrets. Secrets that could destroy the world.

Cut to the second timeline, well over a decade into the future: there are less than fifteen million people left on Earth. And more than six billion monsters -- people and animals infected with the T-virus. Jade, now thirty, struggles to survive in this New World, while the secrets from her past - about her sister, her father and herself - continue to haunt her.

Resident Evil is my favorite game of all time. I'm incredibly excited to tell a new chapter in this amazing story and bring the first ever Resident Evil series to Netflix members around the world. For every type of Resident Evil fan, including those joining us for the first time, the series will be complete with a lot of old friends, and some things (bloodthirsty, insane things) people have never seen before.

As a huge fan of Resident Evil, can I just say yikes? Absolutely nothing about this project seems appealing to fans of the franchise. In fact, if you just removed ‘Wesker’, ‘T-virus’ and ‘New Raccoon City’ from that synopsis, this would just be another generic post-apocalyptic series. So much potential in the games’ story is utterly wasted here.

At least Resident Evil 8 is still on the way.