Netflix goes on the aggressive with more HDR-enabled shows

Netflix goes on the aggressive with more HDR-enabled shows 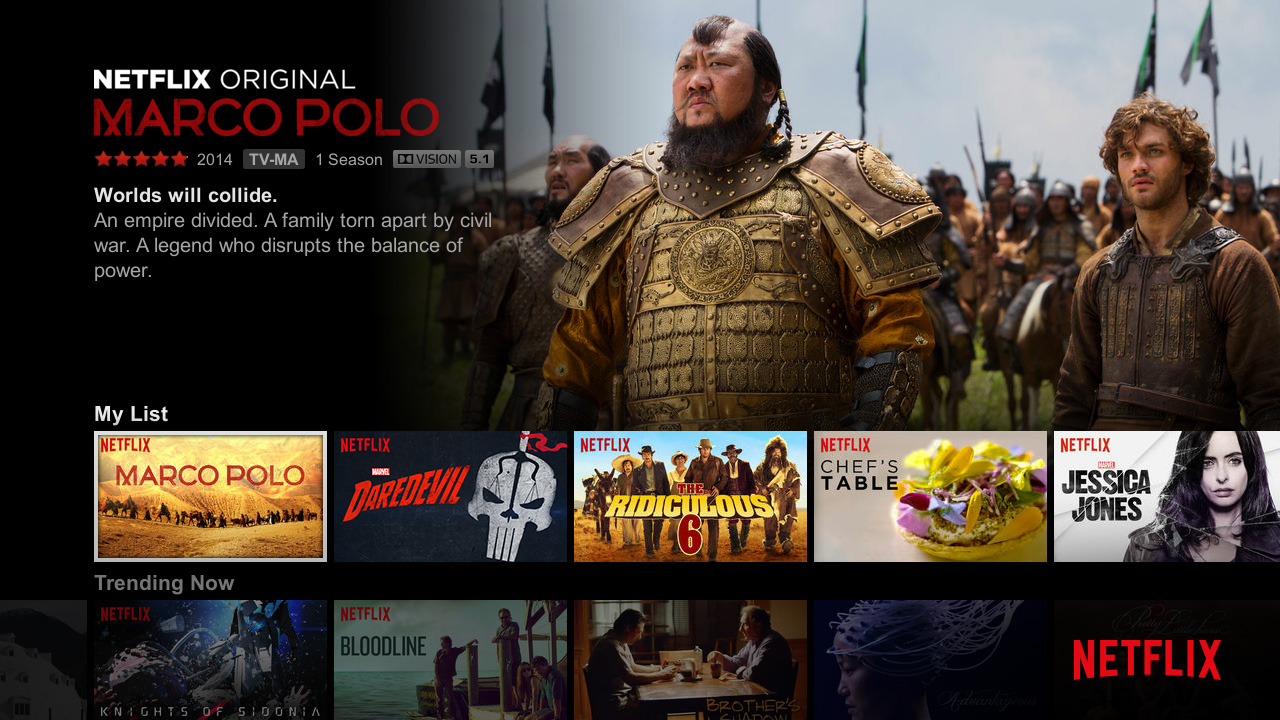 According to their blog entry, Netflix will be enabling HDR content across their show catalog. HDR content will come to both existing titles, as well as upcoming ones.

To enjoy Dolby Vision or HDR content, you will need the Ultra HD price plan (which also allows four devices to run Netflix concurrently), and a HDR-enabled television. Currently, the first season of the Netflix original series Marco Polo is HDR-ready.

The following titles are slated to get HDR-capable format down the road, and the list is not exhaustive since Netflix is still expanding its HDR catalog:

HDR format for shows is still in its infancy, but its implementation is not exactly new either. Amazon Video offered HDR-enabled content as early as September 2015 – the linked article also explains what HDR truly offers to a viewer. Netflix itself was already putting on private HDR demonstrations at CES 2015 as well.

Previous Story
Global smartphone shipments for Q1 2016 is 1.3% lower than the year before
Next Story
Intel cuts 12,000 jobs as PC industry flounders, shifts focus to cloud and IoT