Netflix Games now available on the iPhone and iPad

Netflix Games now available on the iPhone and iPad 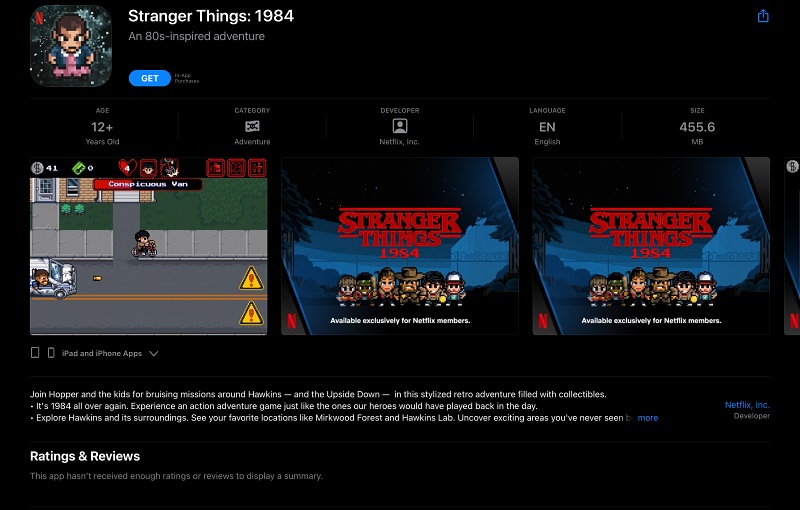 One week after rolling out its videogame feature on Android, Netflix launches the first set of five games on the iPhone and iPad.

Netflix subscribers on the iPhone and iPad have to download the individual games from the Apple App Store. Once the game app is launched, you have to sign in with your Netflix account. There is no additional fees, ads and in-app purchases. The five mobile games are: Stranger Things: 1984, Stranger Things 3: The Game, Shooting Hoops, Card Blast, and Teeter Up.

Join HWZ's Telegram channel here and catch all the latest tech news!
Our articles may contain affiliate links. If you buy through these links, we may earn a small commission.
Previous Story
Apple to allow third-party iPhone 13 screen repairs
Next Story
NVIDIA pushes the Cloud and supercomputing to new heights with the new Quantum-2