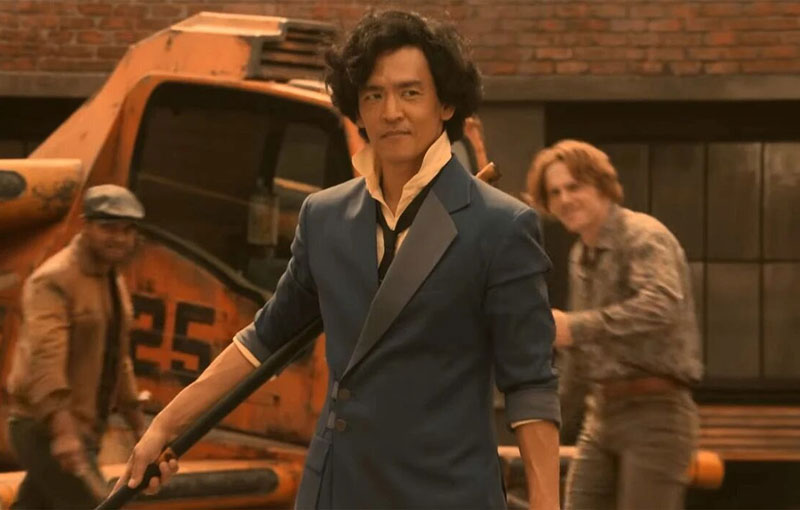 We'll get a proper trailer next week, too.

Netflix has finally released its first teaser for Cowboy Bebop, titled ‘The Lost Session’. The video finally gives us our first look at the Bebop’s crew - Spike Spiegel, Jet Black and Faye Valentine. While it doesn’t seem to show actual footage from the series, it does tease its off-the-wall campy tone.

The teaser sees Spike, Jet and Faye take on a new bounty aboard their spaceship, the Bebop. This takes them on a frantic chase across different planets and fight scenes, despite Spike wanting to stop in the middle of all of it for a meal. It’s actually a lot of fun to watch - with the crew passing splitscreens back and forth like batons as they try to keep up with their target, though they lose out on the bounty in the end. It looks like Netflix is shelling out quite a bit to market the series.

Here’s a synopsis for Cowboy Bebop, courtesy of Netflix:

Cowboy Bebop is an action-packed space Western about three bounty hunters, aka “cowboys,” all trying to outrun the past. As different as they are deadly, Spike Spiegel (John Cho), Jet Black (Mustafa Shakir), and Faye Valentine (Daniella Pineda) form a scrappy, snarky crew ready to hunt down the solar system’s most dangerous criminals — for the right price. But they can only kick and quip their way out of so many scuffles before their pasts finally catch up with them.

Cowboy Bebop is a live-action adaption of the beloved anime series of the same name, consisting of 10 episodes. The series premieres on 19 November, 2021 and Netflix has confirmed a proper trailer will arrive next week.

Join HWZ's Telegram channel here and catch all the latest tech news!
Our articles may contain affiliate links. If you buy through these links, we may earn a small commission.
Previous Story
Apple updates Final Cut Pro and Logic Pro to take full advantage of their new processors
Next Story
Android 12 goes live on Google Pixel 3 and up