Netflix's Castlevania series will end this year, but a spin-off is in the works

Netflix's Castlevania series will end this year, but a spin-off is in the works 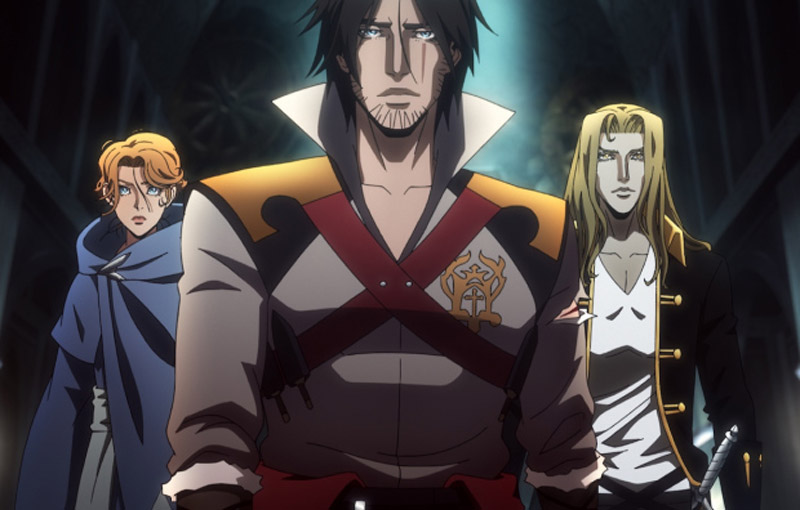 Netflix have announced that their Castlevania animated series will end this year, with its fourth and final season releasing on 13 May. This could give the show a fairly abrupt ending, considering that it had set up bigger threats for the core trio of Trevor Belmont, Sypha Belnades and Alucard to deal with last season. The 10-episode final season doesn’t seem quite long enough to wrap everything up neatly.

Fortunately, the world of Castlevania might still live on. According to Deadline, the streaming service is currently eyeing another series set within the Castlevania universe, following an entirely new set of characters. This would put Netflix’s Castlevania universe more in line with the game franchise it’s based on, which features different members of the Belmont family as they grapple with Dracula’s insidious plans time after time.

Castlevania’s first two seasons roughly adapted the story of Konami’s Castlevania 3: Dracula’s Curse, whereas the third season followed Castlevania: Symphony of the Night and Castlevania: Curse of Darkness. We’re not sure what game the fourth season will look to for inspiration, but there are plenty of games to choose from. Judging from the end of Season 3 though, one can expect a darker turn for Alucard, son of Dracula.

This is where it all started. The final season of Castlevania arrives May 13. pic.twitter.com/sLqWjJxjoA

Join HWZ's Telegram channel here and catch all the latest tech news!
Our articles may contain affiliate links. If you buy through these links, we may earn a small commission.
Previous Story
Nintendo is taking legal action against a Switch hacker named Gary Bowser
Next Story
Samsung files Armor Frame trademark for a new, stronger type of smartphone frame