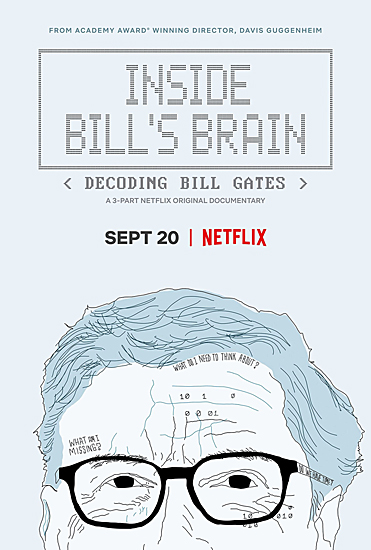 Titled “Inside Bill’s Brain: Decoding Bill Gates”, it attempts to highlight the Microsoft founder’s attempts to tackle “some of humanity’s greatest challenges.” Gates wants to take on those challenges in the spirit of philanthropy and with the “same level of optimism, curiosity, and fervor that inspired his original vision for Microsoft.”

Gates said that it might be counterintuitive to film his attempts as he takes on those challenges; however, he admitted the film might inspire like-minded people to come forward to engage those issues and offer possible solutions. He hopes the film will inspire viewers that seemingly impossible problems can be tackled by the determined.

Sometimes my documentaries are seen as films about issues, but to me, they’re about people who fascinate me. Bill Gates has always been a compelling figure, but what makes him such an interesting person to think about right now is the way in which his optimism and pragmatism drives his approach to problem-solving. When I thought about topics to cover, I knew I didn’t want to make a promotional piece about his work. Instead, I opted to focus on the tougher, more complex problems that nobody wants to think about, like sanitation and nuclear energy. Bill chose to take these issues on, even knowing that he might fail, and I had an instinct that seeing him wrestle with these intractable and frustrating problems would reveal something interesting about him as a person.

The film is expected to debut on 20 September this year.