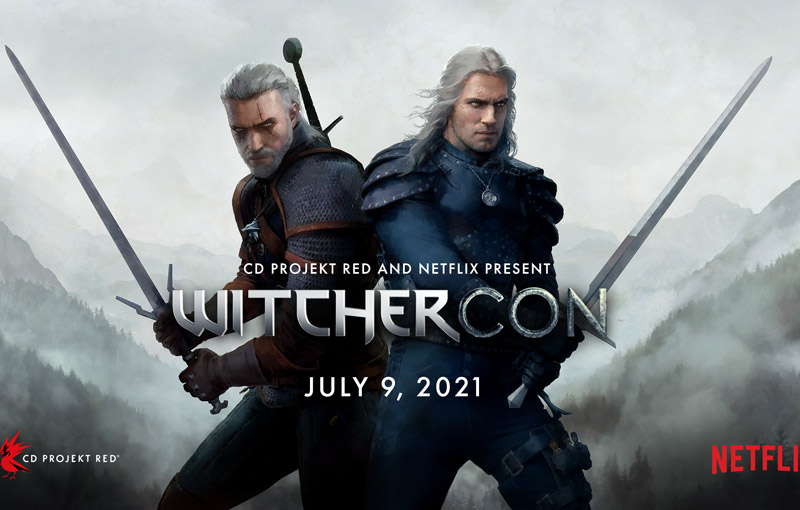 Netflix has announced Witchercon, a brand-new event focusing on The Witcher jointly hosted by CD Projekt Red and the streaming service on 9 July. Of course, CD Projekt Red are best-known as the developers of their critically acclaimed The Witcher game trilogy starring Geralt of Rivia.

According to Netflix, the event will feature:

The website states that no new Witcher games will be revealed, so don’t expect any announcements on that level from CD Projekt Red. Rather, we could get a look at The Witcher 3’s upcoming next-gen port or updates from their Gwent mobile game. In contrast, Netflix has a lot more to potentially show at WitcherCon.

The streaming service is hard at work on a six-episode prequel to The Witcher titled Blood Origin, alongside an anime film called The Witcher: Nightmare of the Wolf produced by Studio Mir. Of course, a second season of The Witcher is also forthcoming, so we could see loads of casting news, story details and teasers slip out for these projects during the event.

WitcherCon will stream on Twitch and YouTube on 9 July at 7pm CEST (1am, 10 July Singapore time) with a second stream on 10 July at 3am CEST (9AM, 10 July). The event's website is now live, and Netflix promises a full schedule is on its way soon.

Join HWZ's Telegram channel here and catch all the latest tech news!
Our articles may contain affiliate links. If you buy through these links, we may earn a small commission.
Previous Story
E3 2021: Just Dance 2022 gives you even more ways to dance in November
Next Story
Google gifts Workspace to all, not just paying customers