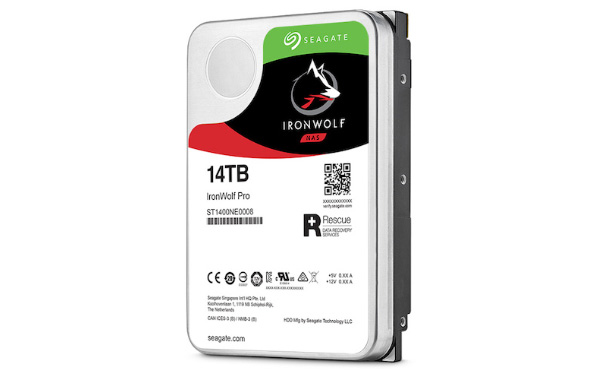 If you are running out of storage, the good news is that Seagate has just unveiled four new 14TB consumer HDDs.

The SkyHawk drives were designed for surveillance applications. They feature protection against vibration and were specially designed to run 24/7 and can record data from up to 64 HD cameras simultaneously.

The IronWolf and IronWolf Pro were designed specifically for use in NAS systems. Both series of drives have protection against vibration and health management technology.

The IronWolf Pro goes even further with a top-and-bottom attached motor and comes with a longer 5-year warranty. The IronWolf Pro also has higher sustained data transfer rates.

The new 14TB drives from Seagate will be available locally by the end of this month. Pricing details are in the table below. The SkyHawk will not be available for purchase off the shelf because it is meant only for surveillance system installers to integrated into their systems.