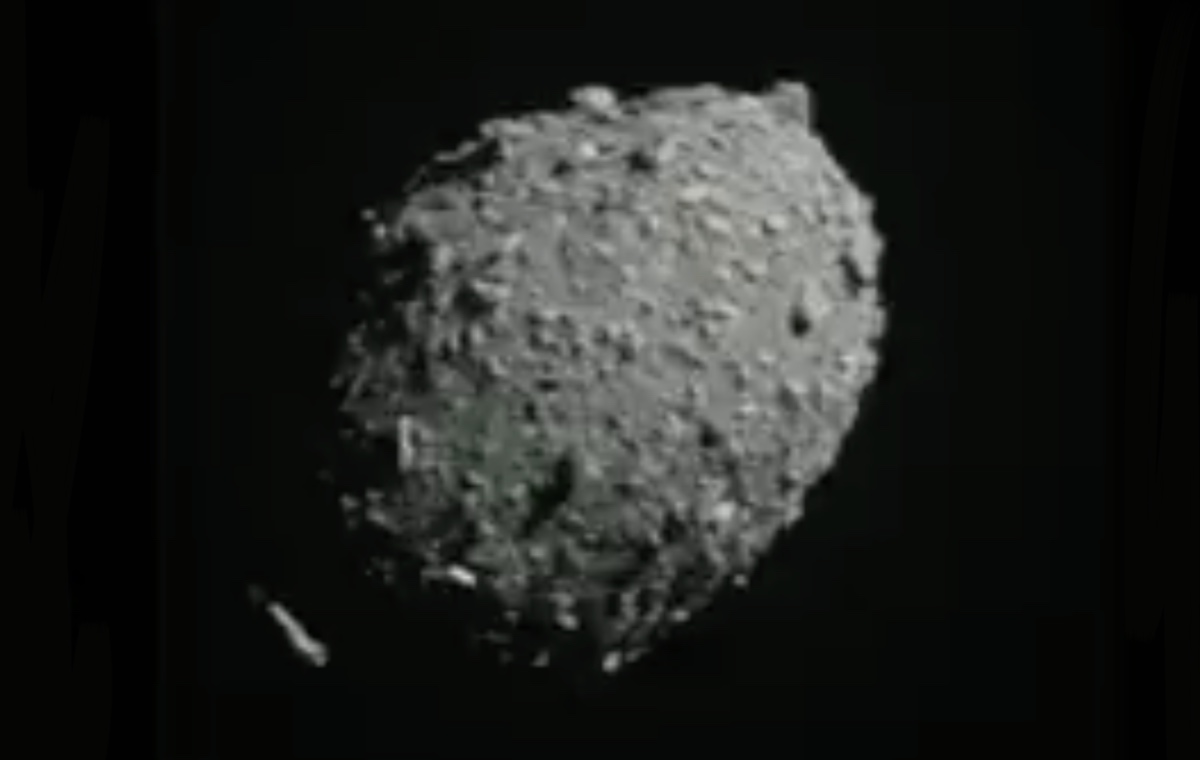 That blurry image you see above is the asteroid Dimorphos. And just hours ago, a NASA spacecraft crashed into it as part of a test that NASA calls Double Asteroid Redirection Test (DART).

The goal is simple. To see how much of an impact the crash would change the movement of Dimorphos. This crash is the first part of an experiment to see if NASA might one day be able to save humanity from an asteroid strike.

We’re embarking on a new era of humankind, an era in which we potentially have the capability to protect ourselves from something like a dangerous hazardous asteroid impact. What an amazing thing. We’ve never had that capability before.

To be clear, Dimorphos isn't a threat to Earth. In fact, it's not even very big (roughly the size of a football stadium). An hour before impact, images from the DART spacecraft didn't even show Dimorphos.

But as the DART spacecraft sped towards it at speeds of 14,000mph (~22,500km/h) boulders from Dimorphos soon filled the screen and went bright red, signalling impact.

IMPACT SUCCESS! Watch from #DARTMIssion’s DRACO Camera, as the vending machine-sized spacecraft successfully collides with asteroid Dimorphos, which is the size of a football stadium and poses no threat to Earth. pic.twitter.com/7bXipPkjWD

Now, telescopes around the world and in space will be watching eagerly to see how much of an impact the DART spacecraft would have on the movement of Dimorphos.

However, it will probably take months before scientists will be able to say with certainty how much of an impact the crash had.

Source: NASA via The Verge

Join HWZ's Telegram channel here and catch all the latest tech news!
Our articles may contain affiliate links. If you buy through these links, we may earn a small commission.
Previous Story
WhatsApp to roll out call links, testing secure encrypted video calling
Next Story
The Witcher S3 and Blood Origin prequel have received their official release dates