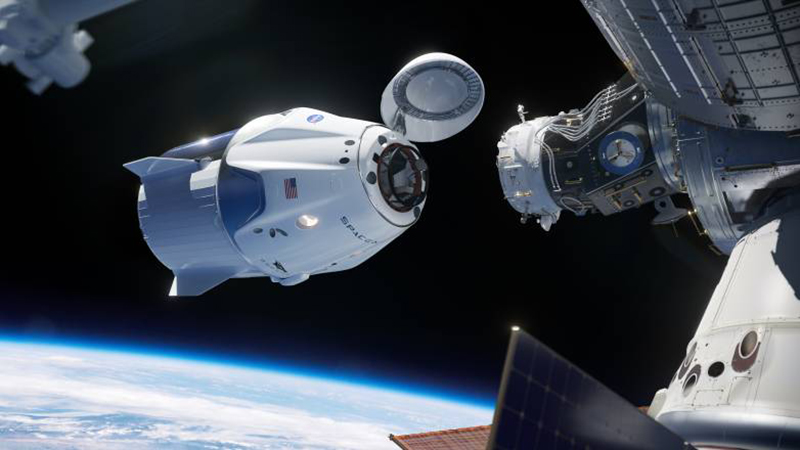 NASA has announced a return date for astronauts Bob Behnken and Doug Hurley, who made history in May as part of SpaceX's first ever crewed flight. The Crew Dragon capsule has since been docked at the International Space Station (ISS), and NASA is aiming for an 1 August departure, with a splashdown in the Atlantic Ocean on 2 August.

This would mark the conclusion of NASA and SpaceX's Demo-2 mission, which successfully ferried the astronauts to the ISS in May, the first such departure from US soil since 2011. This is still technically a test flight, which is why it carried only two astronauts. Moving forward, the next mission, dubbed Crew-1, will carry four astronauts and will be NASA's first operational SpaceX mission.

NEWS: We're targeting an Aug. 1 departure of @SpaceX's Dragon Endeavour spacecraft from the @Space_Station to bring @AstroBehnken and @Astro_Doug home after their historic #LaunchAmerica mission. Splashdown is targeted for Aug. 2. Weather will drive the actual date. Stay tuned. pic.twitter.com/VOCV51gzLi

Behnken and Hurley have been engaged in scientific and maintenance work on the ISS, and Behnken is scheduled for an upcoming spacewalk next week.

During the return trip, the Crew Dragon capsule will go through an automated undocking and return flight manoeuvre. It will then enter the Earth's atmosphere, utilising a parachute system designed to slow its descent. After splashing down in the Atlantic Ocean, the astronauts will be retrieved by SpaceX's retrieval crew. But as with the initial launch, weather conditions will need to be just right, particularly when it comes to things like wind speeds.

Join HWZ's Telegram channel here and catch all the latest tech news!
Our articles may contain affiliate links. If you buy through these links, we may earn a small commission.
Previous Story
Samsung's Galaxy Book S is the first notebook to powered by Intel's new Lakefield hybrid processor
Next Story
Chris Evans and Ryan Gosling will star in a US$200 million film for Netflix