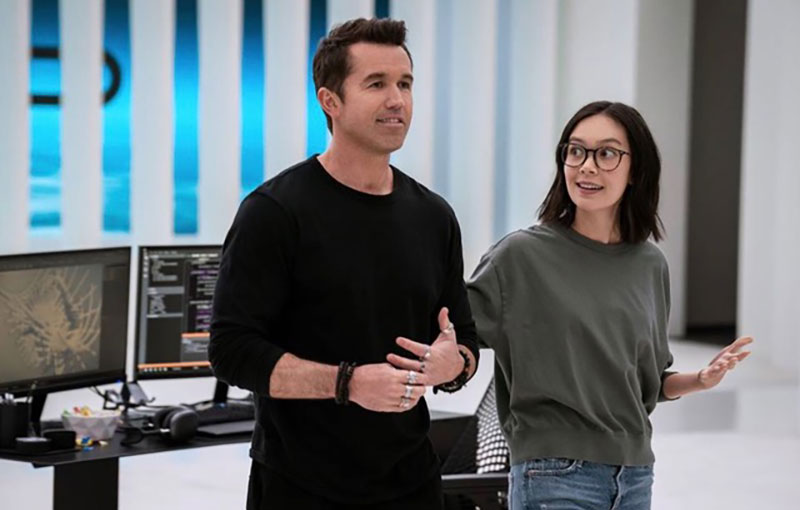 Critically acclaimed workplace comedy Mythic Quest is returning to Apple TV+ this fall, a year after its Season 2 finale.

While the second season ended with Ian (Rob McElhenney) and Poppy (Charlotte Nicdao) leaving their game development studio to explore their next venture, the teaser promises that nothing has actually changed.

The duo are still as dysfunctional as ever — and we'll still get to see the same game development shenanigans that video game geeks will love and recognize.

Brad (Danny Pudi) appears to have been released from prison as well, after taking the fall for Jo when his brother misleads her into doing some insider trading. However, he isn't the head of monetisation anymore, and is now donning grey overalls as a janitor.

The teaser trailer is also completely in sync with the times. With developers falling over themselves to incorporate NFTs and the metaverse into their games, the show could hardly resist a few cheeky references.

Join HWZ's Telegram channel here and catch all the latest tech news!
Our articles may contain affiliate links. If you buy through these links, we may earn a small commission.
Previous Story
Logitech G's Aurora Collection paints its gaming peripherals pink and white
Next Story
The Sandman trailer offers tantalizing glimpse of iconic Neil Gaiman comic