‘Mythic Quest: Quarantine' to air on Apple TV+ on May 22

‘Mythic Quest: Quarantine' to air on Apple TV+ on May 22 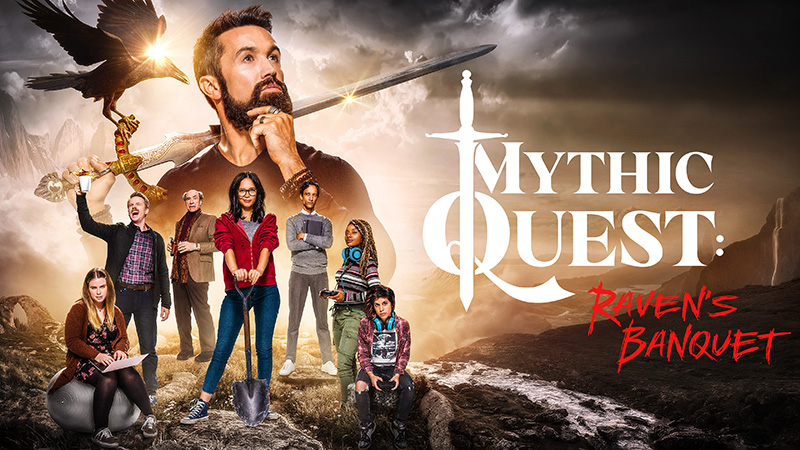 If you enjoyed ‘Mythic Quest: Raven’s Banquet’ on Apple TV+, good news: the comedy web TV series is going to air a special 30-minute episode this coming May 22. In Singapore, this episode will air Friday, May 29. Update: Apple has confirmed the episode will also air here on May 22.

Titled ‘Mythic Quest: Quarantine’, this standalone episode is about the hilarious challenges the members behind the world’s biggest multiplayer video game find themselves in as they work from home.

Rob McElhenney, co-creator and executive producer and one of the many stars in the show:

Lots of workplaces are figuring out this whole working-from-home thing, and the gaming industry is no different. Virtual meetings are a new and special kind of hell, so I think people will relate. Yes we’ve all had low points, but there have also been incredible moments of triumph and we wanted to celebrate that.

In addition to having to write and edit the show remotely in 'just days', ‘Mythic Quest: Quarantine’ is also shot using iPhones.

We needed to shoot this episode fast without sacrificing quality. Thankfully, we’re living in a time when everyone’s got a camera in their pocket. Having an iPhone coupled with the ingenuity of our crew, allowed us to make this unique piece of television in just days. We hope people enjoy it as much as we enjoyed making it.

’Mythic Quest’ has already been renewed for a second season and will remain an Apple TV+ exclusive.

- Updated on May 22 to reflect that Apple has changed its plan and will be airing the episode in Singapore on May 22 in line with other countries.

Join HWZ's Telegram channel here and catch all the latest tech news!
Our articles may contain affiliate links. If you buy through these links, we may earn a small commission.
Previous Story
MSI's Intel Z490 boards have arrived and they're all armed to the teeth (Updated with price)
Next Story
BYD's Model 3 rival is called the Han and does 0-100 in just 3.9 seconds