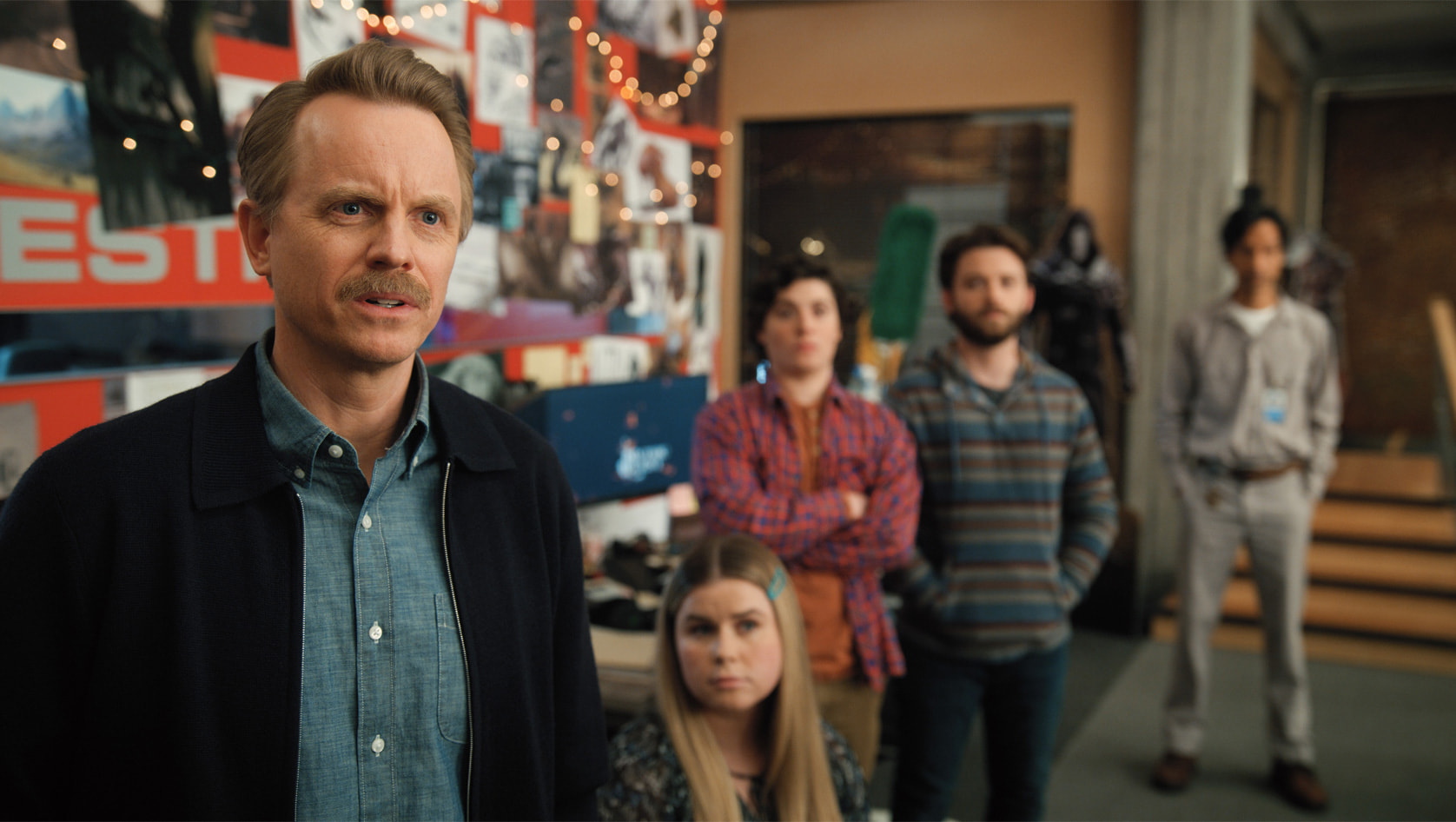 Mythic Quest Season 3 is currently showing on Apple TV+, and the the new season has taken on quite a different direction from the first two seasons. Ian Grimm (played by Wrexham's co-owner Rob McElhenney) and Poppy Li (Charlotte Nicdao) are now running their own gaming studio, and their former Mythic Quest Studios now helmed by actor David Hornsby's David Brittlesbee.

Now, fans of Mythic Quest will know David Brittlesbee is the soft-spoken, hapless, executive producer of Mythic Quest Studios, who is lacks the confidence and decision-making ability to exercise his authority over his employees.

So, it was a bit of a surprise, when I asked David Hornsby (who's also a writer and executive producer of the show), during a Season 3 press round-table, which Mythic Quest character he would pick to be stuck on a deserted island and Ian Grimm was quickly blurted out.

Could I bring my own character? No. I don't think I could stand myself. You know, I think I would bring Ian with me because wow, really? Because yeah, you know that he would come up with a way to get off the island. Now I probably would die at the hands of his idea. But I feel like he would have a vision to get off and while I probably have to execute it in some way and then probably die trying, at least I would feel like there was hope. And he'd be a good leader to have.

Who would have though? My personal pick would have been Ashly Burch because she's a gamer. And gamers always find a way.

Join HWZ's Telegram channel here and catch all the latest tech news!
Our articles may contain affiliate links. If you buy through these links, we may earn a small commission.
Previous Story
Apple grew market share by 34% thanks to the AirPods Pro (2022)
Next Story
Android TV 13 is now available