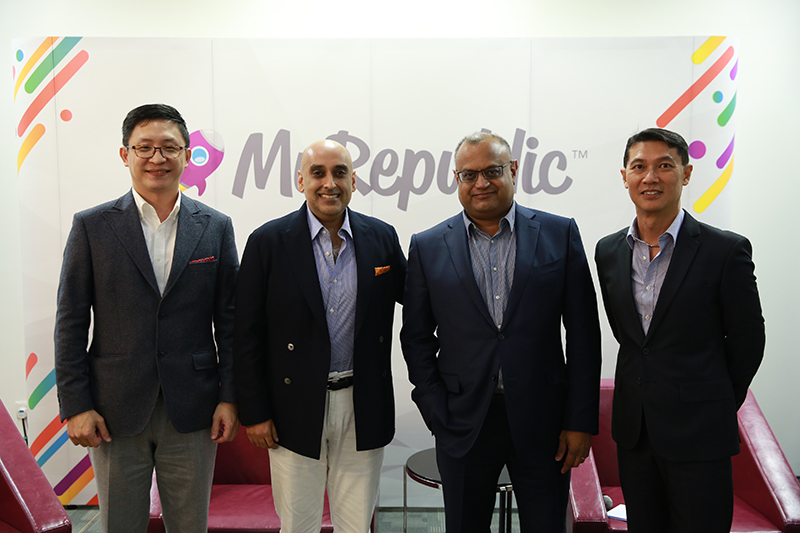 At a joint press conference today, it was announced that Makara Innovation Fund (MIF) has invested S$70 million in Singapore ISP MyRepublic.

MyRepublic CEO, Malcolm Rodrigues said, the funding will “supercharge” the development of MyRepublic’s Cloud proprietary cloud platform platforms, and will also accelerate its plans to launch mobile services in all four of the countries it is currently in - Singapore, Australia, Indonesia and New Zealand - as early as next year.

MyRepublic is also hoping to expand into other countries in Asia including Malaysia, Philippines, Vietnam, Myanmar, Thailand, Cambodia and Sri Lanka within the next five years.

Mr. Kelvin Tan, Director of Investments at Makara Capital, commented: “MIF is proud to announce its partnership with MyRepublic, which demonstrates the Fund’s enterprise-aligned investment strategy in action.  MyRepublic's unique lean operating model positions it at the vanguard of the telecommunications sector’s digital transformation in one of the most exciting growth regions of the world. The Fund’s investment capital aims to enable the company’s growth ambitions, with a focus on IP management and monetization, scaling and expansion.”

Join HWZ's Telegram channel here and catch all the latest tech news!
Our articles may contain affiliate links. If you buy through these links, we may earn a small commission.
Previous Story
Apple acquired AR headset startup for US$30 million
Next Story
Trek through the South Africa from your home with Google Street View