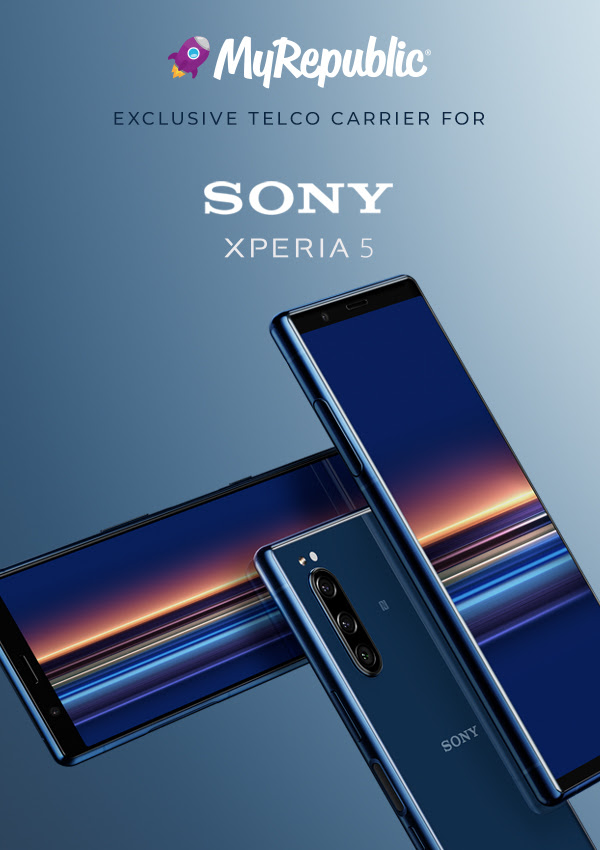 MyRepublic has just announced that it will be the exclusive telco carrier for Sony's Xperia 5 smartphone.

As a recap, the Xperia 5 was announced last year at IFA 2019 and it's essentially a cheaper and more compact version of the flagship Xperia 1.

As for photography, you have a triple-camera setup consisting of a wide angle, a telephoto, and an ultrawide. All three shoot at 12MP.

You can pay for the phones either in one lump sum of S$1,099 or in credit card monthly instalments of S$91.58.

Incidentally, MyRepublic was recently voted by our readers as the Best MVNO in the 2020 edition of the HWM+HardwareZone.com Tech Awards.

Join HWZ's Telegram channel here and catch all the latest tech news!
Our articles may contain affiliate links. If you buy through these links, we may earn a small commission.
Previous Story
Huawei throws its hat into the Wi-Fi 6 arena with its new AX3 and 5G CPE Pro 2 routers
Next Story
Samsung shuts down Galaxy Z Flip factory due to confirmed Covid-19 case