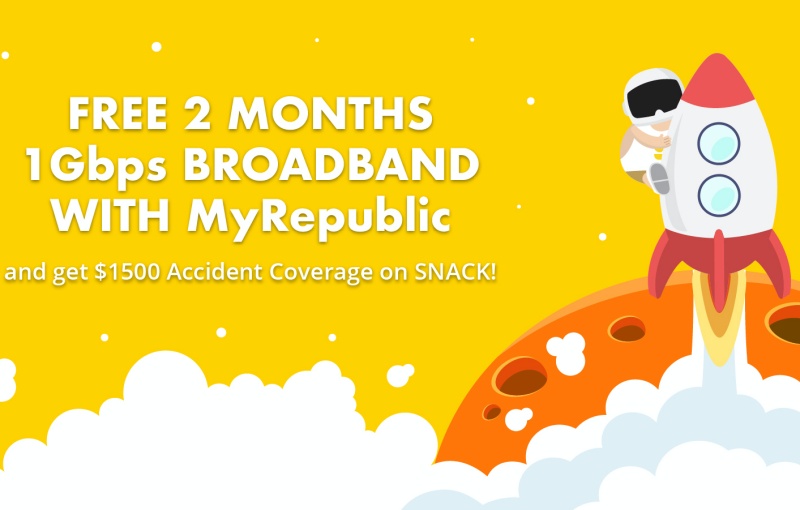 MyRepublic has announced a partnership with NTUC's SNACK  to bring reciprocal benefits to each other’s subscribers.

Under the collaboration, MyRepublic subscribers will have access to SNACK, NTUC's bite-sized, stackable insurance that embeds the purchase of micro-insurance into consumers' lifestyles. 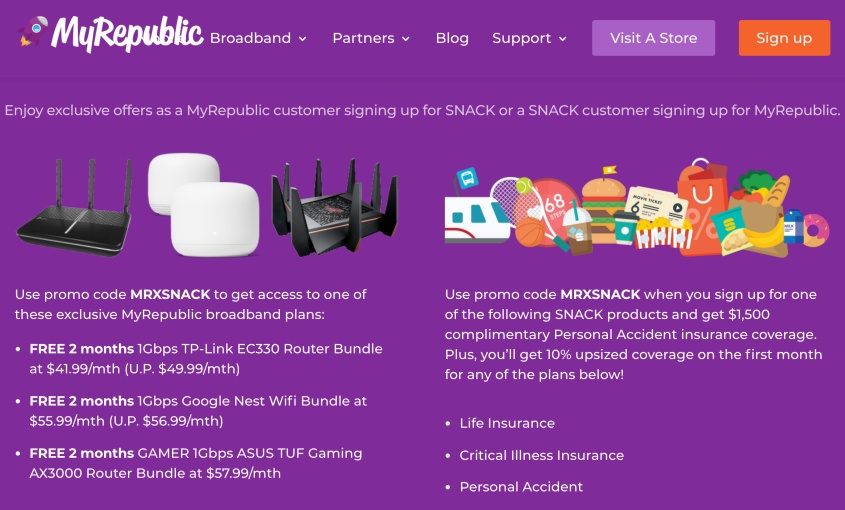 To enjoy the upsized coverage, MyRepublic customers will just have to key in a promo code which is valid from now until 31st December 2020, on the SNACK app or the MyRepublic website.

With MyRepublic, SNACK subscribers have to use the promo code MRXSNACK at the MyRepublic website to get access to one of these exclusive MyRepublic broadband plans:

There are more details as well as the terms and conditions on the reciprocal plans, at the MyRepublic site.

Getting insurance in bite sized pieces 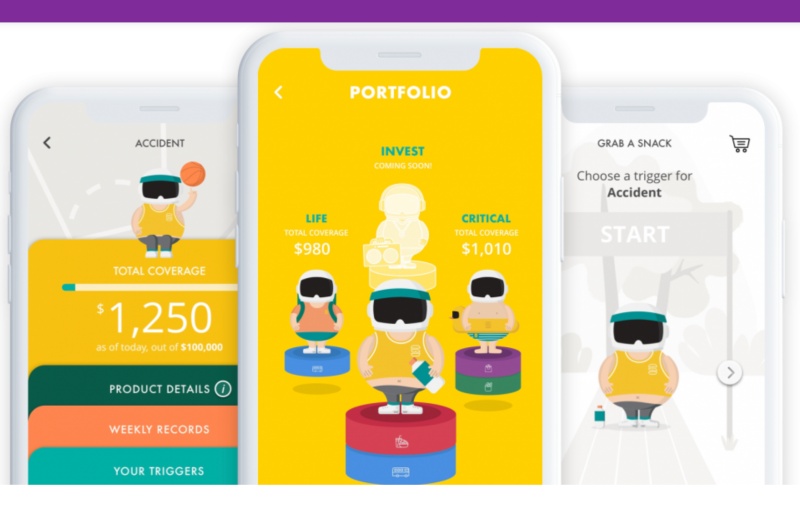 Unlike the usual payment options for these plans however under SNACK the subscriber gradually builds or stacks his insurance coverage by paying micro-premiums at either S$0.30, S$0.50 or S$0.70 and accumulates micro-policies that offer a specified sum assured, based on their  profile and corresponding with the premiums paid.

The SNACK subscriber can also decide when and how frequent premiums are paid by linking them to his preferred lifestyle triggers, such as ordering a meal, exercising or simply by taking public transport. This frees him up from long-term and rigid premium payments.

For example, 25-year-old Zac, who is a non-smoker, sets up a transport trigger to pay S$0.30 premium for CI coverage via a credit card linked to the SNACK mobile app, each time he commutes on a public bus or train. With each bus or train trip, Zac accumulates a micro-policy that offers him S$321 sum assured. He is also protected for up to 360 days even after any insurance payment stops.

“We are constantly looking out for opportunities to extend insurance access to more people in Singapore, and we are happy to work with MyRepublic who shares the same vision as us.”

MyRepublic has been making changes recently to some plans in its portfolio and made them more attractive to customers. In March they increased data caps across all their plans and launched a new SIM only plan with unlimited data. In May they announced a new a new programme called Achievement Unlocked, which rewards gamers with up to S$3,000 worth of prizes for playing popular games like Animal Crossing and Final Fantasy 7.

Join HWZ's Telegram channel here and catch all the latest tech news!
Our articles may contain affiliate links. If you buy through these links, we may earn a small commission.
Previous Story
Don't know what to watch? Netflix is testing a "Shuffle" button just for you
Next Story
Huawei will still release security and software updates for its Android phones