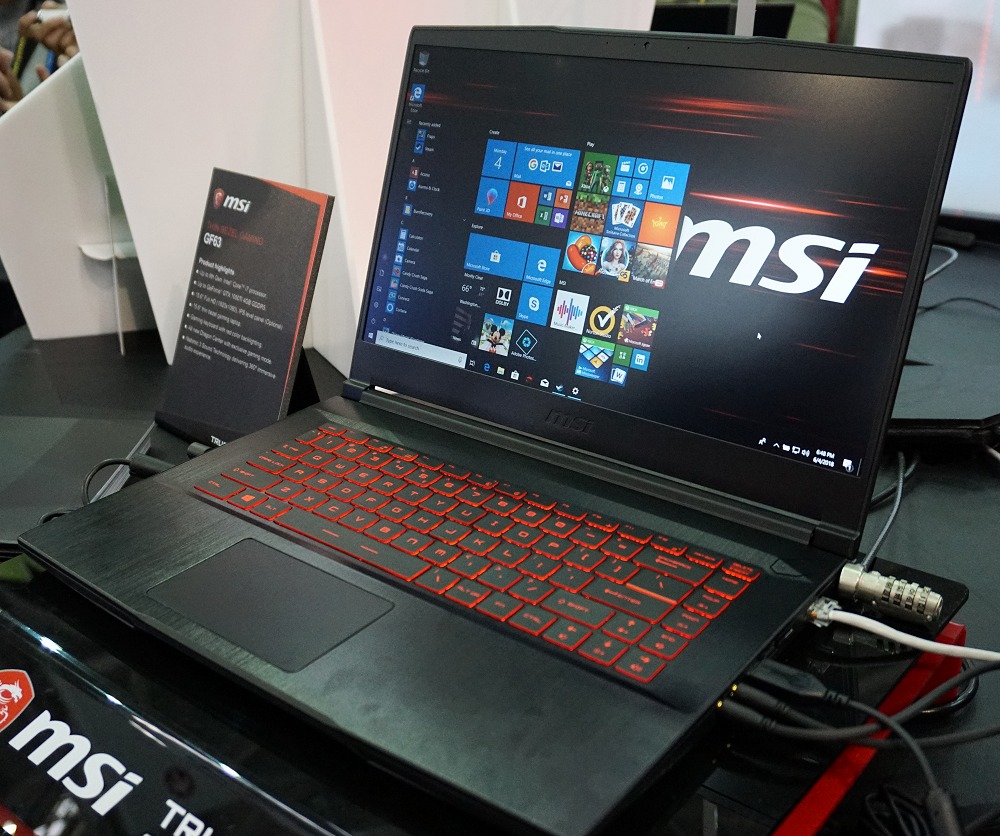 By now you must be familiar with MSI’s leading gaming notebook model sporting the new slim bezel design and several class leading features on the GS65 Stealth Thin. However, at well over S$3,000, it’s far from being a choice of the mainstream audience.

That job falls upon the upcoming GF63, which is also a 15.6-inch Full HD resolution notebook. To be priced about US$1,000, it maintains much of the design ethos of the GS65 Stealth Thin like the thin bezels around the screen, metal top cover and metal top keyboard wrist rest area. It even sports an Intel 8th generation Core i7 processor, backlit keyboard, Nahimic 3 sound enhancement, MSI’s Dragon Center 2.0 and more. The biggest change in spec is in the GPU department as the GF63 sports an NVIDIA GeForce GTX 1050 Ti with 4GB video RAM. And while most of MSI’s 2018 gaming notebooks from the GT, GS, GE, and GP-series are endowed with an RGB gaming keyboard by SteelSeries, the GF63 forgoes it for a normal keyboard and the has a fixed red backlighting. Considering its price point, we won’t nitpick on that as it still packs a decent level of hardware to be a budget gaming notebook of choice.

One plus point for the MSI GF63 over the more pricey GS65 cousin is that it’s more accessible to service and upgrade key components like storage and memory when required. This is because the GF63’s chassis isn’t quite as slim as its pricey cousin and this allowed MSI to prioritize servicing needs over an optimal slim design that makes it less service friendly. When can we expect the MSI GF63 to be available in the local market? It’s likely to make in time for the next tech bazar, Comex 2018, which is just a couple of months away.