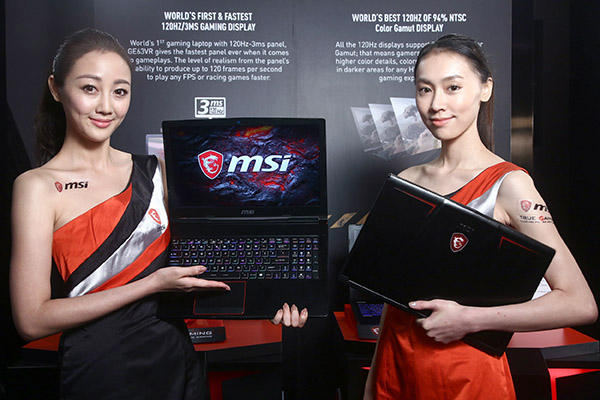 MSI has introduced five new gaming notebooks at Computex 2017. The new notebooks feature the latest processors and GPUs from Intel and NVIDIA, and all five notebooks will come with updated cooling systems and highly customizable RGB keyboards. 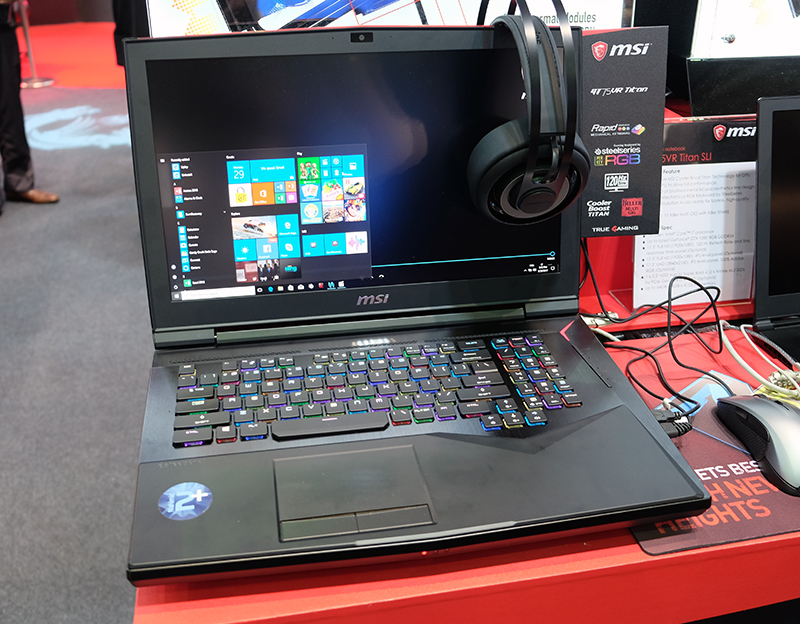 The MSI GT75VR Titan is the highlight of the launch and it features a mechanical keyboard with "per-key" RGB lighting from SteelSeries. It features a 17.3-inch display and users can choose from either a super-fast 120Hz Full-HD TN panel, a Full-HD IPS panel, or a 4K IPS panel that supports 100% of the Adobe RGB color space. It is powered by Intel's new seventh generation Core processors and can be spec'ed with up to two NVIDIA GeForce GTX 1070 in SLI.

For more information, click here to read our hands-on of the GT75VR Titan. 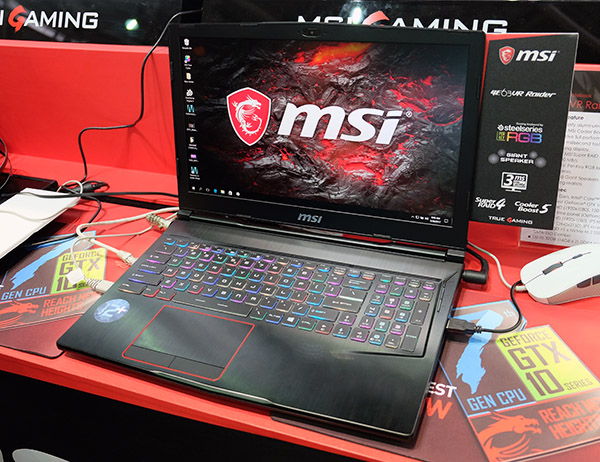 The GE series can be said to be MSI's mainstream gaming notebook series, but there's certainly nothing mainstream about its performance and features. The new GE63VR/73VR Raider notebooks have designs that are inspired by sports cars and will come with 15.6-inch and 17.3-inch displays. Like the GT75VR Titan, users can choose from a super-fast 120Hz Full-HD TN panel, a Full-HD IPS panel, or a 4K IPS panel that supports 100% of the Adobe RGB color space.

Underneath, the GE63VR/73VR Raider notebooks are powered by Intel's seventh generation Core i7 processors and can be equipped with up to an NVIDIA GeForce GTX 1070 GPU. These notebooks will feature MSI's new Cooler Boost 5 cooling technology and will also come with SteelSeries keyboards with configurable RGB backlights. 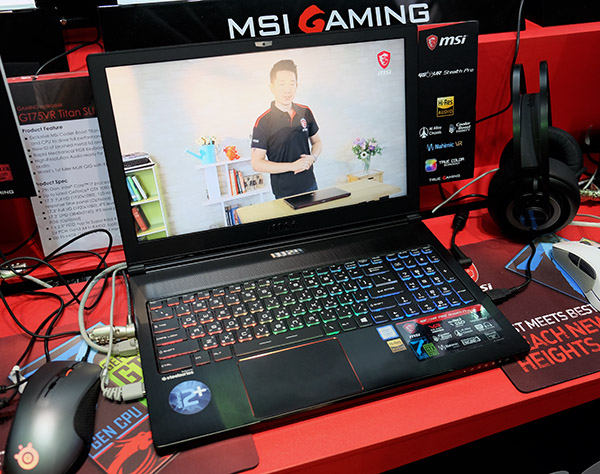 The GS series is MSI's family of ultra-thin gaming notebooks and these new notebooks are thinner than ever. The GS63VR Stealth Pro is said to be the thinnest 15-inch notebook in the world, measuring just 17.7mm and weighing just 1.9kg.

This is possible thanks to NVIDIA's new Max-Q design, a new design approach that allows notebook makers to design lighter, thinner, and quieter gaming notebooks. The new GS63VR and GS73VR Stealth Pro will both be equipped with these new GPUs from NVIDIA. Specifically, the two can be spec'ed with up to an NVIDIA GeForce GTX 1070 with Max-Q.

Join HWZ's Telegram channel here and catch all the latest tech news!
Our articles may contain affiliate links. If you buy through these links, we may earn a small commission.
Previous Story
Thermaltake's Level 20 concept casing reinvents liquid-cooled gaming chassis
Next Story
NVIDIA's Max-Q design brings thinner and faster gaming notebooks than ever before!