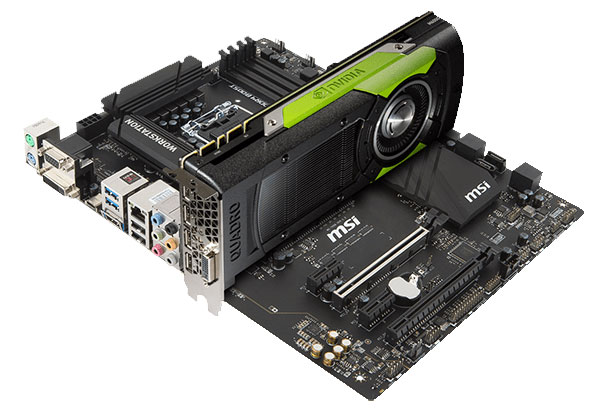 Although it is still based on the Intel X99 platform, the board is built for high-end content creation PCs and those who need better rendering performance. It even carries over certain features from MSI’s existing gaming motherboards, like the Steel Armor metal reinforcements for the PCIe slots.

The NVIDIA Quadro SLI certification means that the board bears the stamp of a proper multi-GPU professional workstation. Content creators can then use multiple GPUs to dynamically scale graphics performance and perform tasks like image quality enhancements or assemble a fully virtualized system.

The board can also be used for virtual reality setups, where individual GPUs are assigned to a specific eye to speed up stereo rendering.

MSI will be rolling out NVIDIA Quadro SLI certification in the coming weeks to even more Intel X99 and Z170 boards, a list of which can be found below:

Previous Story
Critical BIOS vulnerability found in Lenovo PCs; may affect other manufacturers too
Next Story
Samsung spins off OLED business as it plans exit for LCDs