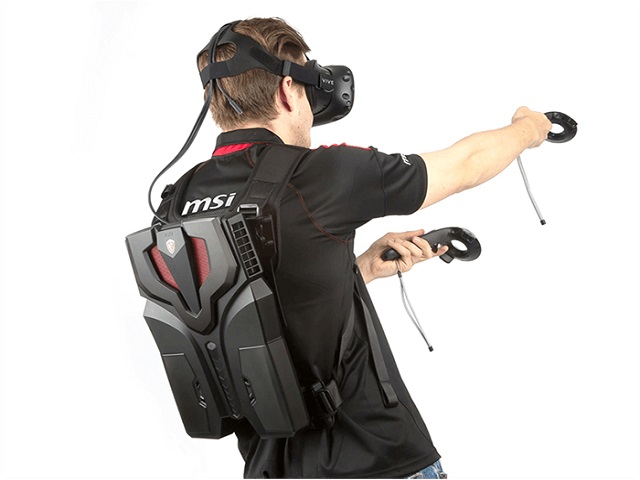 MSI is set to announce its first virtual reality backpack, the MSI VR One, at the upcoming Tokyo Game Show 2016.

This isn't the first we've heard of VR backpacks. Back at Computex in June, companies like HP, Alienware, and yes, MSI showcased various prototypes of a mobile VR PC. The Alienware system was even part of AMD CEO Lisa Su's brief unveiling of the Radeon RX 460 and 470 at the PC Gaming Show at E3. Now, it looks like MSI will be the first to market with the VR One announcement, which solves several problems the prototype had, like its heavy weight and clunky design.

According to MSI, the VR One weighs just 3.7kg, and is the thinnest and lightest backpack PC system available today. Although given the limited options now – are there even any other viable alternatives? – we're sure that this claim will be challenged when competitors announced their own VR backpacks.

Most VR experiences today still require users to be tethered to a PC, which can get in the way of proper immersion. That's one limitation that VR backpacks are intended to overcome, and the MSI VR One features two hot-swappable battery packs that offer up to 1.5 hours of battery life. Four light indicators serve to tell the battery charge, so you know when to replace the pack with a fresh unit. That said, there will also be the option to power the backpack straight from a power outlet, although that obviously negates the benefits of the cordless nature of the VR One.

In addition, it will reportedly be powered by an overclocked Intel Core i7 CPU and an NVIDIA GeForce GTX 1070 graphics card. 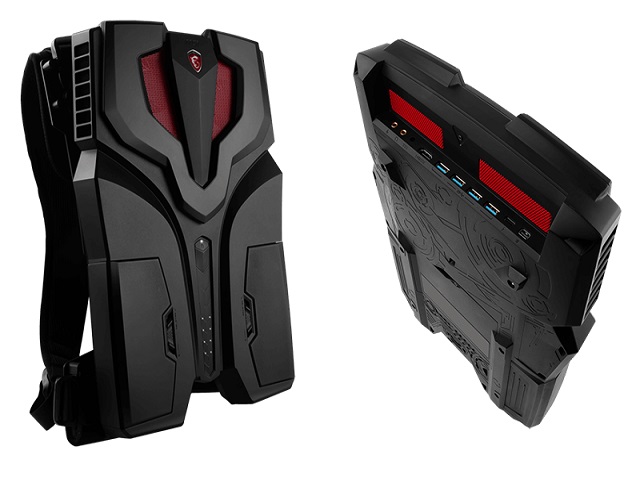 In order to keep the entire system running cool, MSI has gone with dual 9cm fans and a total of nine heat pipes. MSI says the cooling apparatus will stay under 41dBA, so you won't be distracted by the sound of the fans while playing hero in your virtual world of choice.

More details on the VR One are set to be unveiled at TGS, which kicks off on 15 September.

Join HWZ's Telegram channel here and catch all the latest tech news!
Our articles may contain affiliate links. If you buy through these links, we may earn a small commission.
Previous Story
NZXT unveils their Aer RGB case fans with customizable lighting
Next Story
New Funan to feature indoor cycling, sports facilities and new cinema experience