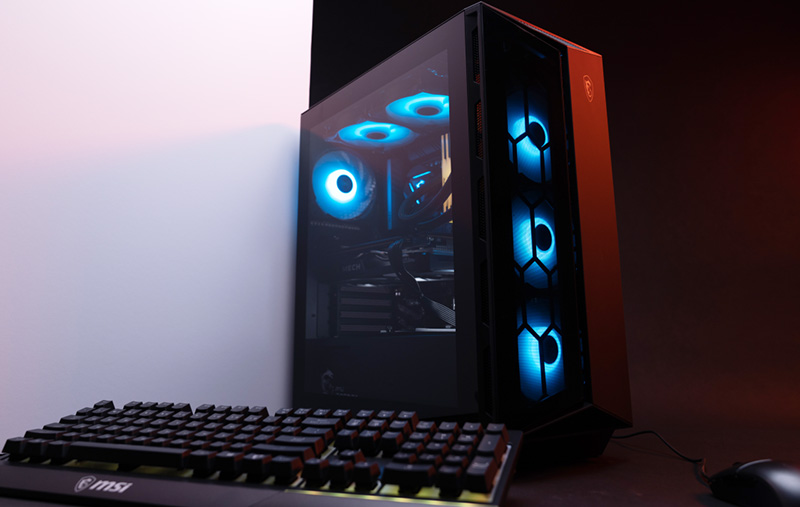 MSI's Aegis lineup is perhaps best known for its robotic-looking, Transformer-like desktop systems. From the Aegis X, to the Ti, and most recently the Ti5 from 2020, it has some of the edgiest, gamer-y aesthetics of any system.

Yet, the Aegis series also has its fair share of (relatively) regular desktop systems, such as the Aegis ZS, which MSI recently updated with new components. What sets the ZS apart from other Aegis PCs, though, is that it's the only system powered by Ryzen chips, filling an AMD-sized gap in the Aegis lineup.

Specifically, MSI has updated the Aegis with Ryzen Zen 3 chips. In particular, there are three new configurations based on Ryzen 5 5600X, Ryzen 7 5800X and Ryzen 9 5900X CPUs. As for graphics, the three new configurations run solely on a Radeon 6700 XT. The dual-AMD pairing enables AMD's Smart Access Memory, which essentially allows for the CPU to draw on the GPU's memory (though the amount of performance gained is debatable). 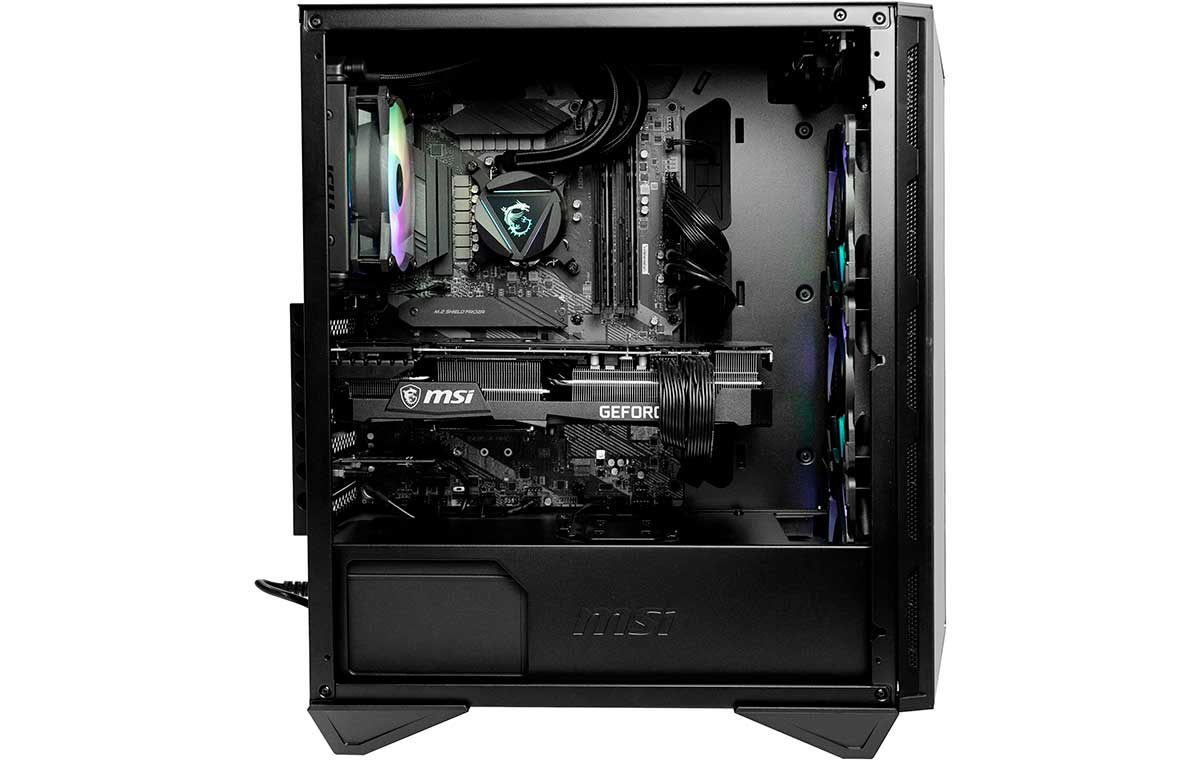 Aside from that, the rest of the components are fairly standard; a 1TB (or 512GB for the Ryzen 5 option) NVMe SSD for storage with options for 2.5" SSD or 3.5" HDD expansion, 16GB of DDR4 RAM (with support for up to 128GB), and CPU cooling provided for through a 120mm MSI Dragon AIO liquid cooler. Wi-Fi 6 support and 1Gb ethernet are present.

MSI also says that all components are MSI-branded, with no proprietary parts. This means that upgrading or servicing the system in the future should hopefully be hassle-free. All in all, it seems like a hardware refresh for the Aegis line more than anything else.

Just to note, an option with a Ryzen 7 5800X and NVIDIA GeForce RTX 3080 does exist, according to MSI's webpage for the Aegis, though judging from the vendor sites it lists, it's hard to come by.

That segues us into the availability section, as the entire system will be hard to buy unless you're living in the US. If you do (or if you're determined to bring it across the world), the Ryzen 7 5800X and Radeon 6700 XT option is available on Best Buy now, for US$2,000, with MSI listing the Ryzen 5 and Ryzen 9 configurations as 'coming soon'.

There are no details on local availability yet.

Join HWZ's Telegram channel here and catch all the latest tech news!
Our articles may contain affiliate links. If you buy through these links, we may earn a small commission.
Previous Story
Secretlab’s new ‘The Batman’ Movie Edition chair takes inspiration from the Battinson suit
Next Story
Embrace randomness (and loot) with the Chaos Chambers in Tiny Tina's Wonderlands