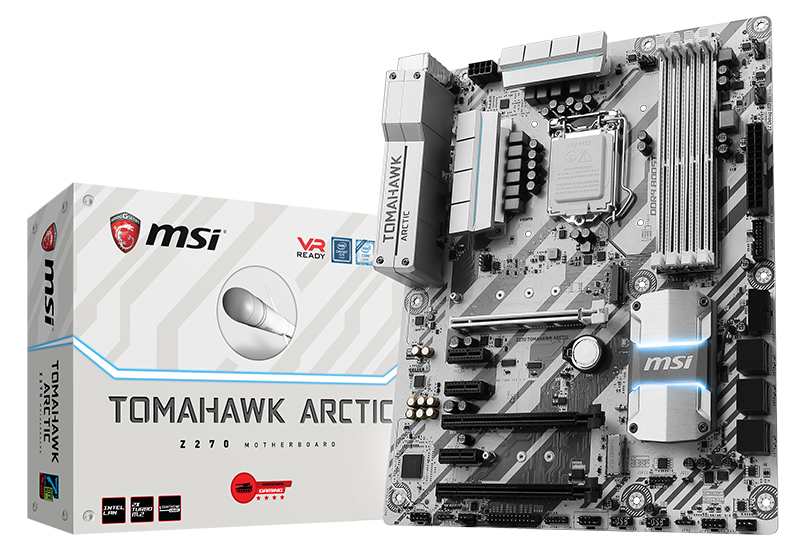 MSI has announced four new Arctic motherboards, all of which feature distinctive all-white color schemes. The boards are based on Intel’s new 200-series chipsets, and offer support for the latest seventh-generation Kaby Lake processors.

The Tomahawk Arctic boards are ATX-sized models based on the Intel Z270 and H270 platforms, while the Mortar Arctic boards are micro-ATX H270M and B250M variants. All the boards slot into MSI’s Arsenal gaming series, so they’re intended more as affordable options rather enthusiast models. 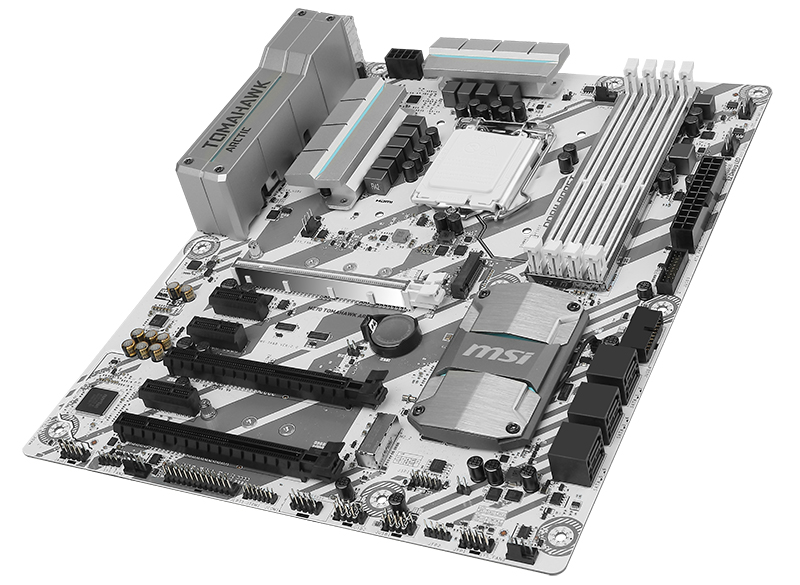 That said, both boards are actually still strikingly similar, with the same PCIe layout – three PCIe 3.0 x16 and three PCIe 3.0 x1 slots – and support for only 2-way CrossFire. There are also a handful of signature MSI features like DDR4 boost, which isolates the memory signals, steel-reinforced RAM, PCIe and M.2 slots, and onboard white LEDs.

Both the Z270 and H270 platforms have the same level of support for storage devices, so both Tomahawk Arctic boards have six SATA 6Gbps ports and two M.2 sockets that support SATA and PCIe drives. There is even support for RAID 0 and 1 for M.2 PCIe SSDs (this includes RAID 5 and 10 for SATA devices).

On top of that, MSI also introduced the H270M and B250M Mortar Arctic, the former of which was already announced earlier at CES 2017. These are micro-ATX boards, so they’re targeted primarily at small form factor system builders. 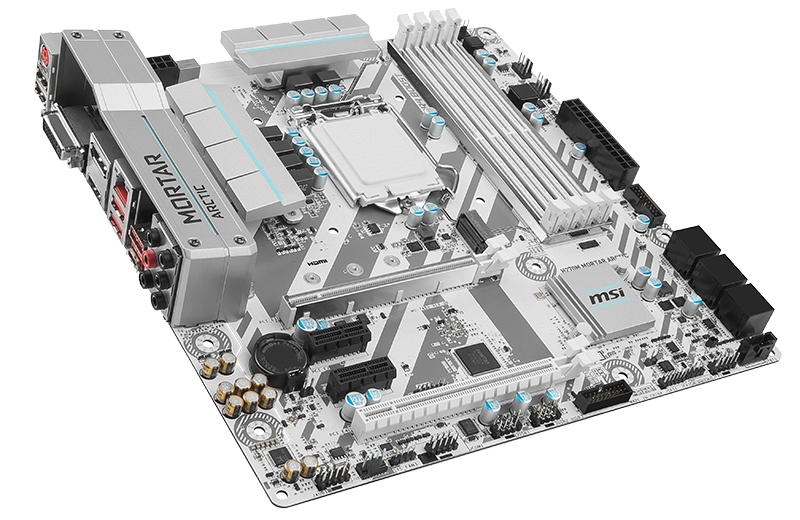 Both boards will support up to DDR4-2400 if you have a Kaby Lake CPU, but this drops to DDR4-2133 with a Skylake chip. Of course, storage support is also more limited compared to the ATX models, and the H270M and B270M Mortar Arctic feature six SATA 6Gbps ports and just one M.2 slot for both PCIe and SATA SSDs.

Still, they sport many of the features present on the Tomahawk Arctic boards, including steel reinforcements for the memory, PCIe, and M.2 slots and 2-way CrossFire support. Unsurprisingly, they also boast white LEDs to add on to the chilly look.

To cap matters off, all the Arctic boards come with a single USB Type-C port on the back, although only the Tomahawk Arctic boards support USB 3.1 (Gen 2) speed.

We’ve listed the boards and their prices below for easier reference: