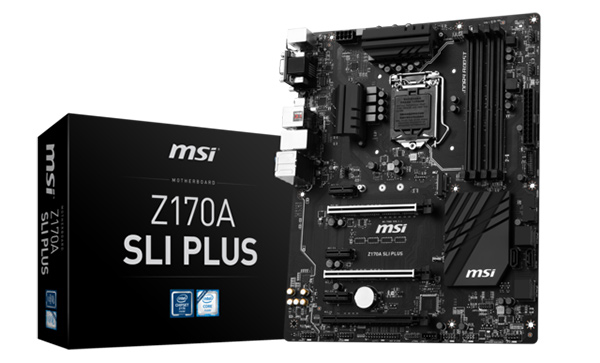 The recently-announced MSI Z170A SLI Plus motherboard manages to make quite a design statement without doing very much at all. The board boasts a beautifully understated all-black design that encompasses both the PCB and heatsinks. If you’re looking to build a stealth-themed rig, this board may fit in nicely.

But appearances aside, the board does come with a decent selection of features for you to kit out a fairly powerful system. We particularly liked the use of MSI’s Steel Armor, which is what MSI is calling the metal reinforcements added to its PCIe slots. There are a total of three PCIe 3.0 x16 slots, but only the first two have been reinforced. This makes sense, because even though Intel Z170 may support it, it isn’t really practical from a price-to-performance standpoint to go beyond two graphics cards on this chipset.

Networking is handled by a single Intel I219-V Gigabit LAN controller. There are no dual LAN ports or support for teaming as on more expensive boards, which isn’t surprising. Onboard audio is a similarly modest affair. Premium features like Nahimic Audio Technology is absent here, and audio is handled by the familiar Realtek ALC1150 codec. 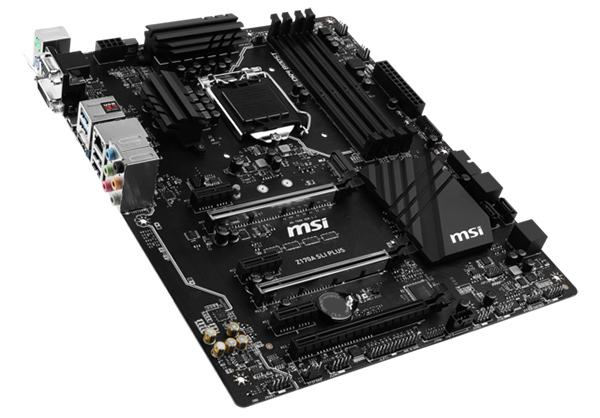 And because the Z170A SLI Plus isn’t really going after enthusiasts or overclockers, it uses the older Military Class 4 components, instead of the Military Class 5 parts that are used on higher-end Z170 boards from MSI.

However, in keeping with its no-nonsense approach, the board comes with an EZ Debug LED, which essentially saves you the trouble of looking up an error code on a debug LED display. Instead, three LEDs that correspond to the CPU, DRAM, and VGA will indicate to users where the problem lies.

All in all, the Z170A SLI Plus appears to be focused on just the essentials. As befitting its appearance, MSI has simply opted to cut out all the bells and whistles. Unfortunately, we've been told that this board is not going to be available locally. If black motherboards are your thing, there's always the S$299 MSI Z170A Krait Gaming.

Join HWZ's Telegram channel here and catch all the latest tech news!
Our articles may contain affiliate links. If you buy through these links, we may earn a small commission.
Previous Story
Aftershock reveals its newly refreshed Titan, which comes with a desktop GPU and CPU
Next Story
Plantronics brings added focus to the office with their latest headset: the Voyager Focus UC