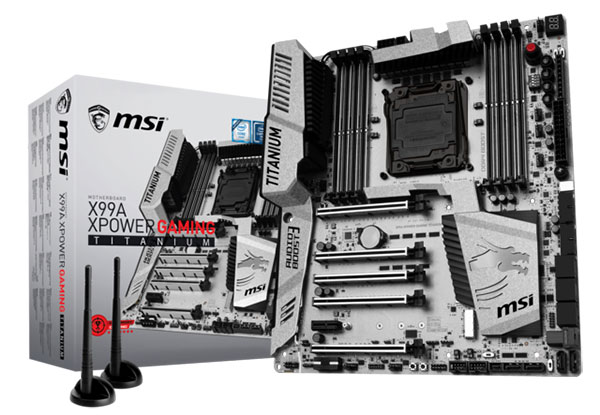 When MSI unveiled its first crop of Intel Z170 motherboards last year, one of the boards to catch our eye was the Z170A XPower Gaming Titanium Edition. For starters, its unique silver color scheme was a refreshing departure from the black PCB used on the majority of boards on the market, and it had a fairly strong set of overclocking features.

Now, MSI has expanded the Titanium series with two new Intel X99 and Z170 motherboards, both of which sport the signature Titanium design and features to entice overclockers.

As it turns out, both boards look remarkably similar. And even though they build on the design of the Z170A XPower Gaming Titanium Edition, MSI has made some notable improvements, and the new boards actually look a lot better. For instance, there’s now a sleek I/O shield that protects the rear I/O ports, something that we thought was lacking in the first Titanium board. Both boards also have MSI’s Steel Armor metal reinforcements on all their PCIe slots, the better to accommodate multiple heavy graphics cards.

And as we saw on the MSI X99A Gaming Pro Carbon, the Steel Armor reinforcements have been extended to the M.2 and DDR4 RAM slots as well. What’s more, the Z170A MPower Gaming Titanium even has a titanium backplate, which shores up its structural integrity, protects the motherboard’s back, and frankly just looks really good. 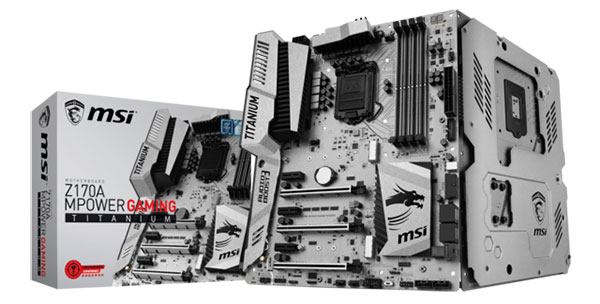 The new Z170 Titanium board also has a strong selection of ports and connectors, including two M.2 slots and a dedicated U.2 port to accommodate 2.5-inch NVMe SSDs like the Intel 750 series drives. In addition, there is a USB 3.1 Type-C port located on the board’s right edge for direct connection with the front panel ports. Convenient.

The X99A XPower Gaming Titanium is much similar, but it also comes with a Mystic Light RGB extension cable and pin header that will let gamers plug in an external RGB strip to further customize their rig. Gamers can then use MSI’s Mystic Light app to control the colors and LED effect straight from their Android smartphone.

The X99 board also has dual BIOS switch to allow overclockers to more easily recover from BIOS errors or failed overclocks. 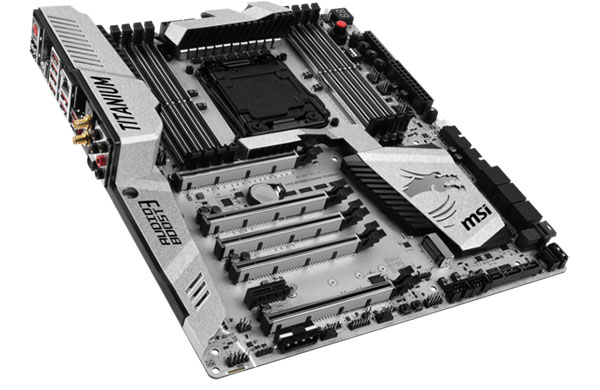 Finally, both boards feature MSI’s Game Boost knob – something that’s been cropping up on a lot of MSI boards – that allows you to quickly overclock the CPU by boosting the BCLK, in addition to DDR4 Boost and Nahimic Audio Technology.

Join HWZ's Telegram channel here and catch all the latest tech news!
Our articles may contain affiliate links. If you buy through these links, we may earn a small commission.
Previous Story
Parallels Access 3.1 brings support for 12.9” iPad Pro and 3D Touch for iPhones
Next Story
Huawei suing Samsung over mobile patents