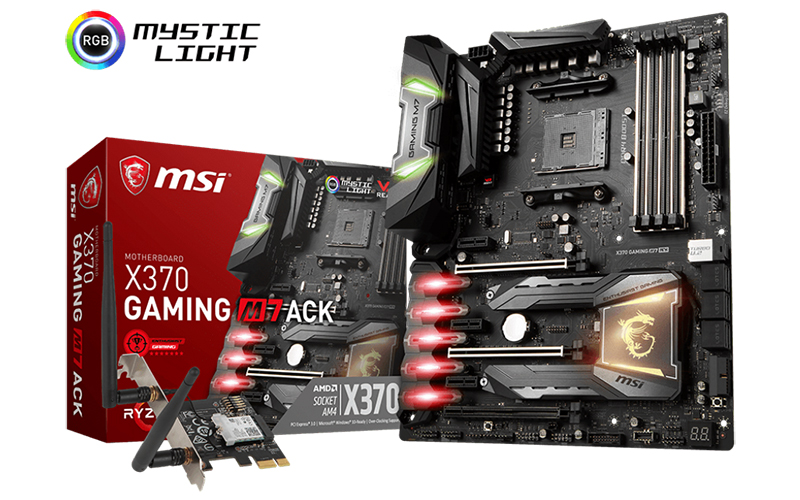 MSI has announced the X370 Gaming M7 ACK, which sits alongside the X370 XPower Gaming Titanium at the top of its line-up of Ryzen motherboards.

According to MSI, this is the first AMD AM4 board to feature Killer DoubleShot Pro, a network management technology that makes use of the Killer Ethernet E2500 and Killer Wireless-AC 1535 controllers by automatically picking the fastest connection and routing all high-priority traffic – such as game packets – that way.

It also supports teaming, the better to maximize network throughput.

That said, some users still prefer Intel’s networking solutions because of things like lower CPU usage and lower power consumption.

Networking features aside, the rest of the board has plenty to offer as well, with steel-reinforced PCIe x16, DIMM sockets, and U.2 connectors.

The board supports up to 3-way CrossFire or 2-way SLI, but only two out of three of the PCIe x16 slots are PCIe 3.0. However, there are plenty of storage expansion options, including up to six SATA 6Gbps ports, two M.2 sockets, and one U.2 port. 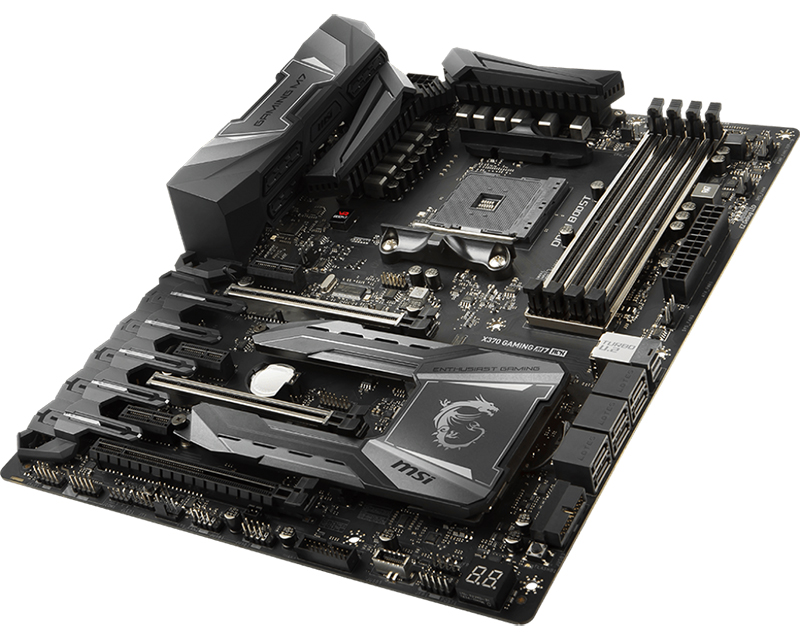 The M.2 sockets use MSI’s M.2 Shield Frozr thermal solution that supposedly helps prevent performance throttling. The M.2 shielding is linked to that of the PCH, so there’s more surface area for heat dissipation than before.

The board also comes with a couple of speedy USB 3.1 (Gen 2) ports on the rear, including a single USB-C port for hooking up with the latest phones or peripherals.

As on several other MSI motherboards, there’s a VR Boost chip here as well, which is supposed to ensure a strong signal to two of the six USB 3.1 (Gen 1) ports when plugging a VR headset in.

Unsurprisingly, MSI’s Mystic Light RGB lighting is present in a big way here, with LEDs built into the PCH heatsink and the covers for the I/O and audio components. You’ll have up to 16.8 million colors and 17 different effects to choose from, which can be customized using the MSI Gaming App.

The board is currently up for pre-order on B&H Photo for US$239.99, but there’s no word yet on if or when it’ll be available locally.