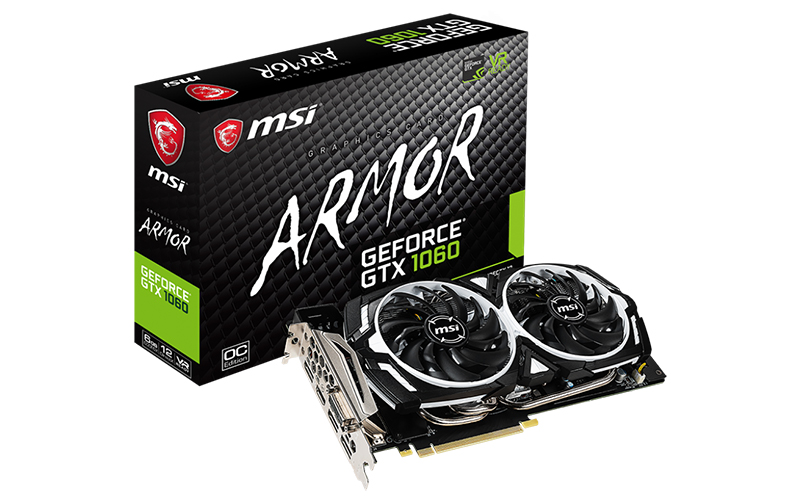 The GeForce GTX 1060 6GB with GDDR5X memory actually uses a cutdown GP104 chip instead of GP106, the former of which is used in higher-end Pascal cards like the GeForce GTX 1080. This is because the GP106 chip doesn’t have a GDDR5X connection, so NVIDIA was forced to look elsewhere to implement the faster memory.

A look at the MSI card also shows the presence of SLI connectors, which previous GeForce GTX 1060 models lacked. Having said that, there’s no mention of support for SLI.

The card features a black and white cooling shroud, but there’s no backplate to complete the look here. Heat produced by the GPU is channelled away via copper heat pipes to the finned aluminum heatsink. The two Torx fans also support semi-passive operation, so they stop spinning entirely when the GPU temperature falls below the 60°C threshold.

Finally, the card is powered by one 6-pin and one 8-pin power connector. You’ll also find three DisplayPort 1.4, one HDMI 2.0b, and one DVI-D Dual Link output for display connectors.