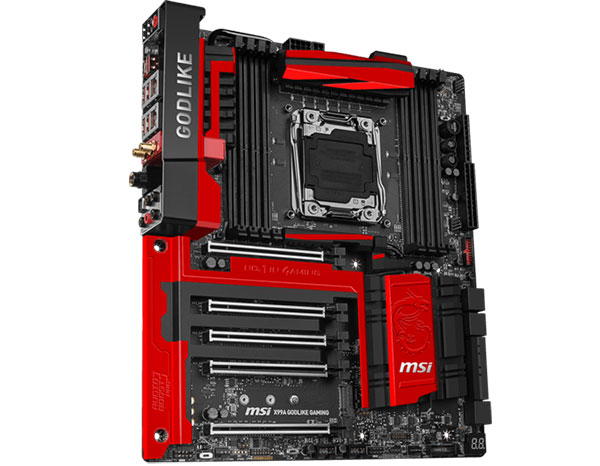 Updated on 8 July 2015: MSI has now released the X99A Godlike Gaming motherboard, and we've updated the piece with more details on its features.

Talk about in-your-face extravagance. And no, “godlike” isn’t being used as an adjective here – that really is the title of MSI’s new Intel X99 motherboard. The MSI X99A Godlike Gaming motherboard is unabashedly proud of the excess it brings to the enthusiast market.

This is supposedly the world’s first RGB LED motherboard, supporting more than 2,000 colors and different illumination effects. We’re used to system builders spending an inordinate amount of time decking out their PCs like it's Christmas, and MSI is likely banking on appealing to this market segment with the X99A Godlike Gaming.

Continuing in the same mythic vein, the board is equipped with something called Mystic Light, which lets users control the LED light effects with the Mystic Light App which can be downloaded on both desktop and Android mobile devices.

Questions about the utility of features like that aside, the new board uses the latest Audio Boost 3 Pro technology that MSI claims will deliver clearer sound and enable lossless audio compression. Furthermore, the board features the same Nahimic sound technology that made an appearance on the new laptops that MSI debuted at Computex 2015. 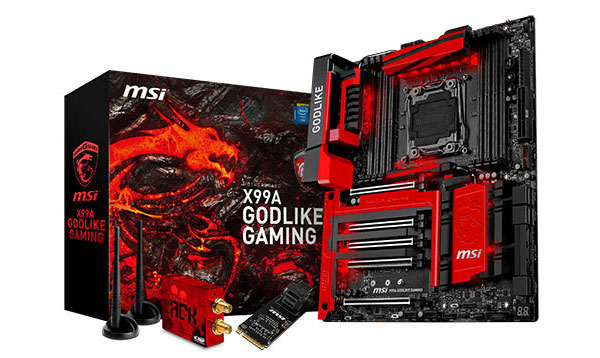 It also supports many of the latest storage connectors with Turbo M.2 (these use the full PCIe 3.0 x4 bandwidth), SATA Express and USB 3.1 ports. If you want to get specific, the board has a single Turbo M.2 connector, 10 SATA 6Gbps ports (including one SATA Express), a single USB 3.1 Type-C port, one USB 3.1 Type-A port, eight USB 3.0 ports, and six more USB 2.0 ports. In addition, there is support for next-generation storage options like NVMe and the recently-christened U.2 connector (formerly known as SFF-8638).

It also makes full use of the 40 PCIe lanes available to the X99 platform with a total of five PCIe 3.0 x16 slots.

One standout feature is the use of extra pins (2,036 to be exact) in the CPU socket. According to MSI, this enables better overclocking of Haswell-E processors. It has dubbed this as a "Turbo Socket" and says that it will also help overclockers achieve higher DDR4 memory frequencies, lower latencies, and improved overclocking stability.

Networking is handled by Killer DoubleShot-X3 Pro software, which allows smart teaming with two Killer Ethernet chips and a Killer 1535 Wi-Fi module. This means that the wireless and wired networks can work together to increase network throughput – according to MSI, this is up to 2.867 Gbps of bandwidth on the Godlike Gaming.

Join HWZ's Telegram channel here and catch all the latest tech news!
Our articles may contain affiliate links. If you buy through these links, we may earn a small commission.
Previous Story
M1 and Liberty Wireless announce Singapore's first post-paid Mobile Virtual Network Operator
Next Story
NVIDIA doubles down on its artificial neural network development efforts