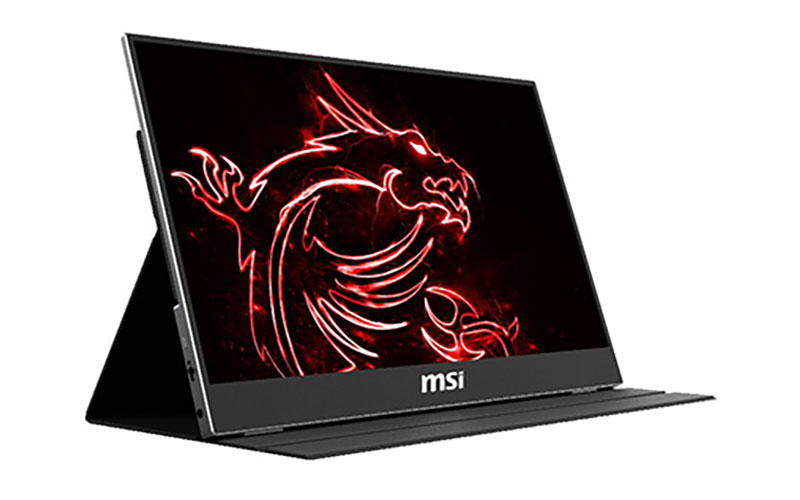 MSI has earned a CES innovation award for its Optix MAG161, even though the annual consumer tech show in Vegas hasn't even gotten underway. The Optix MAG161 is a portable IPS display with a slick 240Hz refresh rate, so MSI clearly wants to provide you with a more premium gaming experience on a laptop.

That's similar to what ASUS offers with the ROG Strix XG17, which was first introduced at Computex earlier this year. MSI's display isn't particularly novel, but it looks like it could be slightly more portable than the ASUS screen, which is a large 17.3-inch model. According to the CES awards page for 2020 innovation awards honorees, the Optix MAG161 is just 5mm thick and will feature both USB-C and HDMI connectors. In addition, MSI's Optix screens generally feature the diagonal screen size in the model name – for example, the Optix MAG271CQR is a 27-inch display – so the new portable monitor could have a 16-inch, or perhaps a 15.6-inch, screen.

There's no official confirmation of the other specifications, such as display resolution, but Spanish site El Chapuzas Informatico is reporting that the Optix MAG161 will have a 1,920 x 1,080-pixel resolution and 3ms grey-to-grey response time.

Given that many gaming laptops today already come with high refresh rate 240Hz screens, it's not clear that there's much of a pressing need for a similar portable display. That said, it could come in handy for extending your Windows desktop or letting you keep tabs on your Twitch chat if you're streaming on a laptop.

Join HWZ's Telegram channel here and catch all the latest tech news!
Our articles may contain affiliate links. If you buy through these links, we may earn a small commission.
Previous Story
MSI gaming monitors go big and bold with world's first 1000R curved screen and more
Next Story
HP’s new P700 SSD portable external SSD delivers transfer speeds of up to 1GB/s