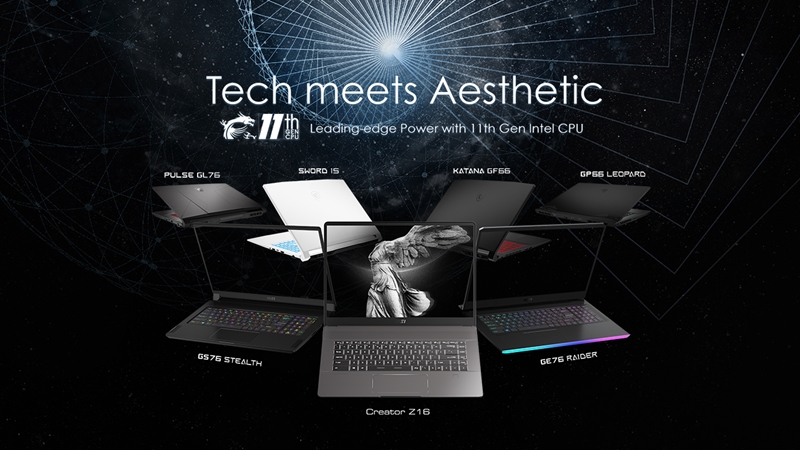 When people bring up MSI during conversation, the first images that come to mind are usually scores of gaming laptops, mice and perhaps the red and black aesthetic that the company adopts for many of its products. You certainly don't consider the brand as the first go-to when you need to buy computers for general purpose usage.

That said, it doesn't mean they don't have any of those products in the catalogue. And if you just so happen to be in the market for laptops that can handle either heavy-duty gaming or content creation, then their updated lineup is certainly worth scrolling through.

Like any good tech product, there has to be a big plus point to make them stand out, and in this case, the spotlight belongs to their powerful 11th-Gen Intel Tiger Lake Series H processors and NVIDIA GeForce Laptop GPUs. Factoring in the medley of other cutting-edge inclusions, such as PCIe Gen 4 support, Thunderbolt 4 compatibility and WiFi 6E capabilities, MSI touts that the updated range not only outclasses the older models in terms of performance by 30%, but the integration of the brand signature software like Discrete Graphics Mode and MSI Center pushes their impressive spread of offerings even further. 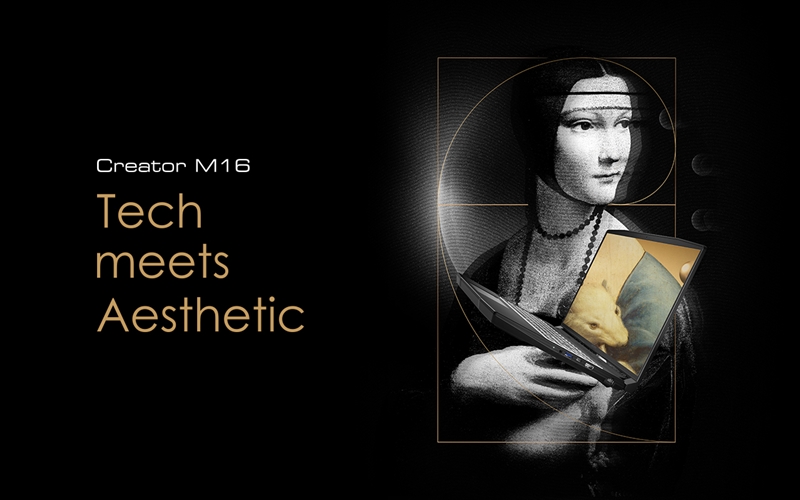 Delving deeper into the content creation range, which includes models like the Creator Z16, Creator M16 and Creator 17, these new laptops deliver everything a content creator needs to get their stuff out. They're immensely lightweight, powerful and feature impressive aesthetics to round it all out - the first two even feature a profile that's inspired by the Golden Ratio. 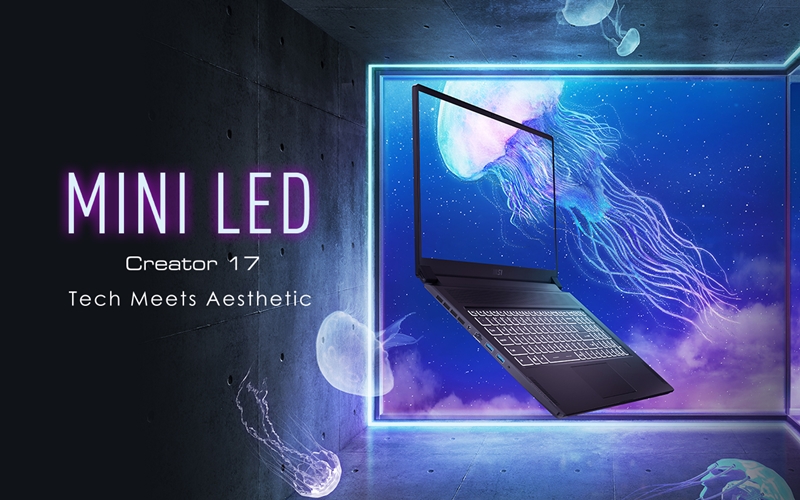 For reference, this is a set of numerical comparisons that supposedly makes objects designed with these dimensions look more appealing. Putting the math trivia aside, users won't need to worry about their laptops catching fire under the stress of all the heavy-duty creative tasks - they sport MSI's exclusive Cooler Boost technology to ensure nothing overheats while you work on your projects. As for availability, the trio of laptops are already up for purchase. 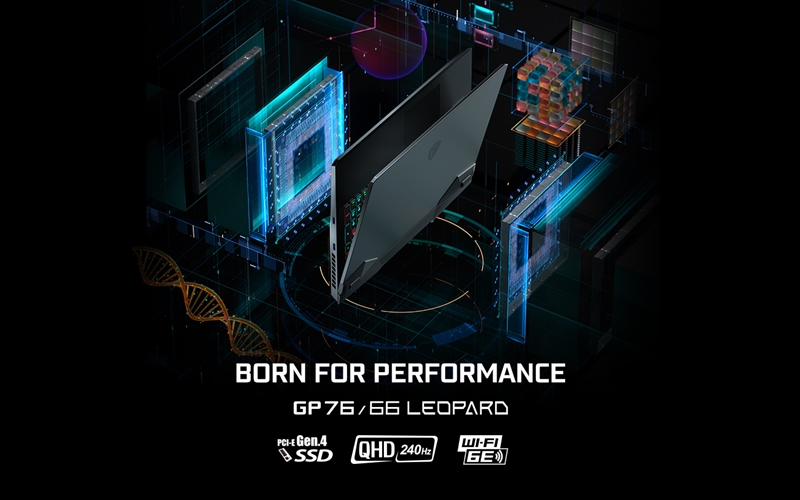 Moving on to the gaming range, all of which will release on 1 June, you'll literally be spoilt for choice here, given that MSI is churning out not one, not two, but SIX new spreads for you to select. Namely, they are the GE Raider Series, GP Leopard Series, GS Stealth Series, GL Pulse Series as well as the Sword and Katana Series.

Now, we won't go into the specifics of each here, but we will briefly outline what each of those Series caters for with regard to gamers' preferences so you have a better idea of which ones you should check out. 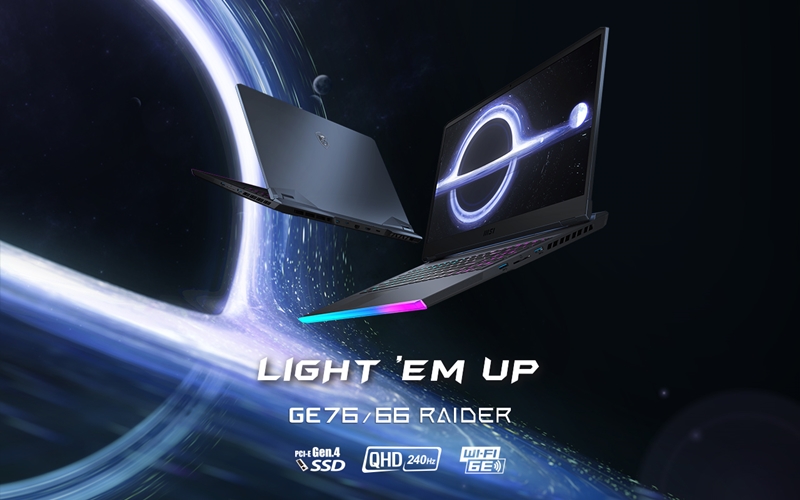 First, the GE76 and GE66 Raider is for those who don't care much for the metaphorical paperwork and simply want raw power. Second, like their namesakes, the GP76 and GP66 Leopard is purpose-built for performance - they're equal parts speed and power, making them pretty good choices for those who want a bit of both. Third, the GS76 and GS66 Stealth series are as their names suggest. They're lightweight but powerful, making them easy to carry around for gaming on the go. Fourth, the GL76 and GL66 Pulse laptops double down on airflow and cooling. 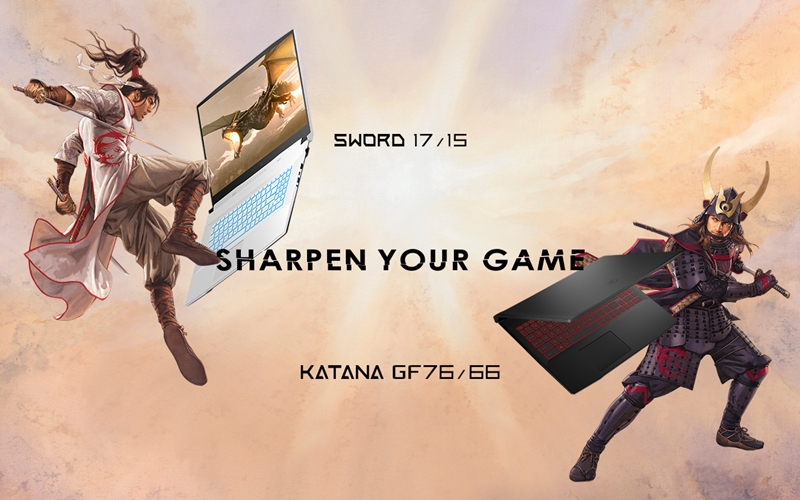 Now, the final two are just a little bit more special than the others - they are purpose-built for gaming itself. According to MSI, laptops in these two ranges are both suitable for entry-level gamers as well as veterans - they offer dedicated gaming configurations so gamers can tackle a wide variety of genres without issue, and numberpads are even included on the smaller 15-inch laptop models. Among other uses, this means users are better equipped to take on more technically intensive games like MMORPGs.

For more information, check out the official MSI website.

Join HWZ's Telegram channel here and catch all the latest tech news!
Our articles may contain affiliate links. If you buy through these links, we may earn a small commission.
Previous Story
New MacBook Pro with 10-core chip and up to 64GB RAM could launch in June
Next Story
UNIQLO's new Jujutsu Kaisen UT Collection arrives in stores this July