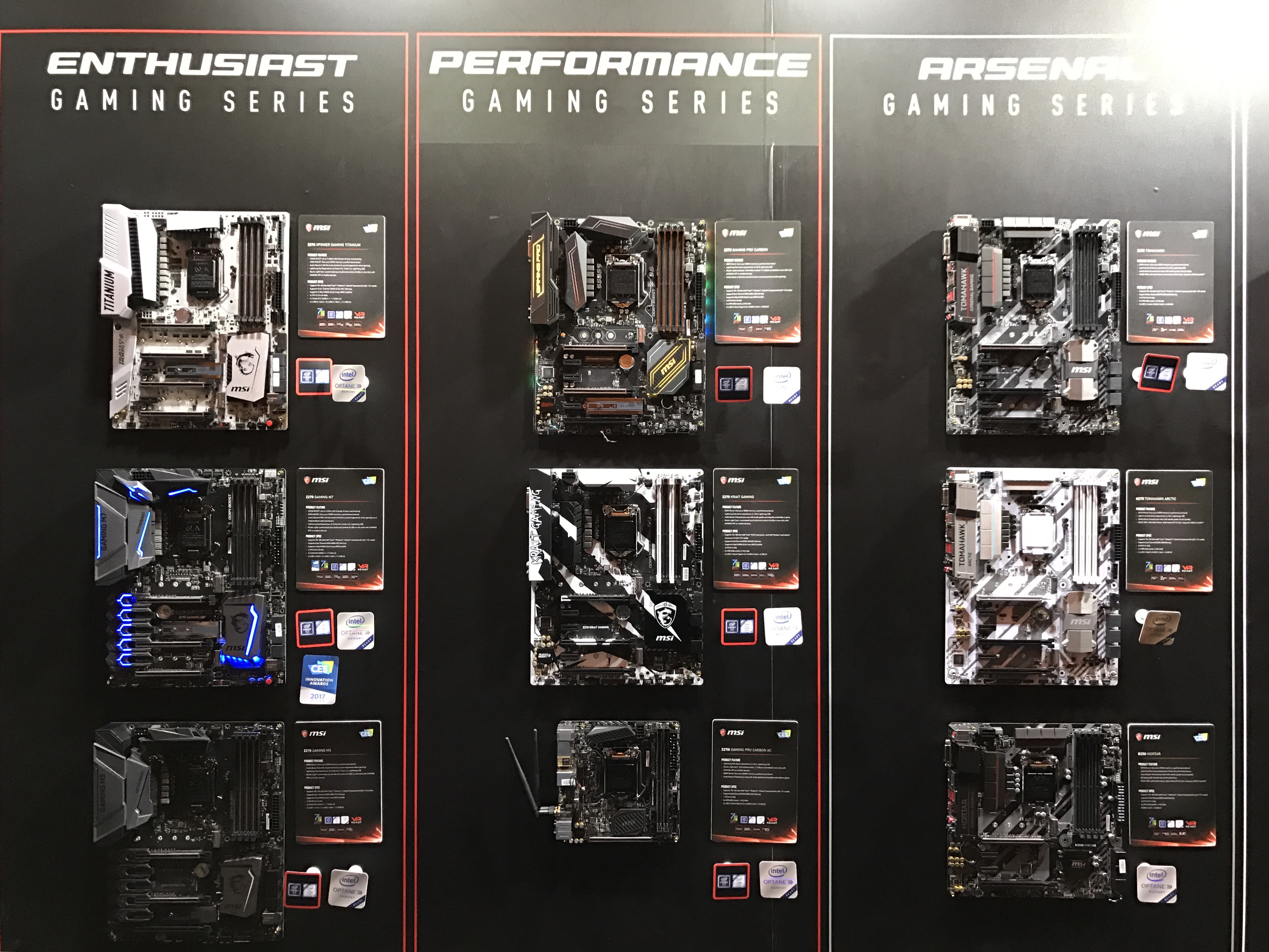 MSI showed off its new range of Z270 series motherboard at a media event at CES earlier today. Over 30 motherboards, to be exact. The new motherboards are designed to work with Intel's new 7th-gen Intel Core 'Kabylake' CPUs and are also optimised for Intel's new Optane technology.

As mentioned before, MSI is also introducing features to improve the reliability of its boards and the components you install on them, including an improved version of its DDR4 Steel Armor, called M.2 Shield. It's a clever way to help lower SSD temperatures to prevent performance throttling, by having the metallic shield sits on top of your M.2 card. 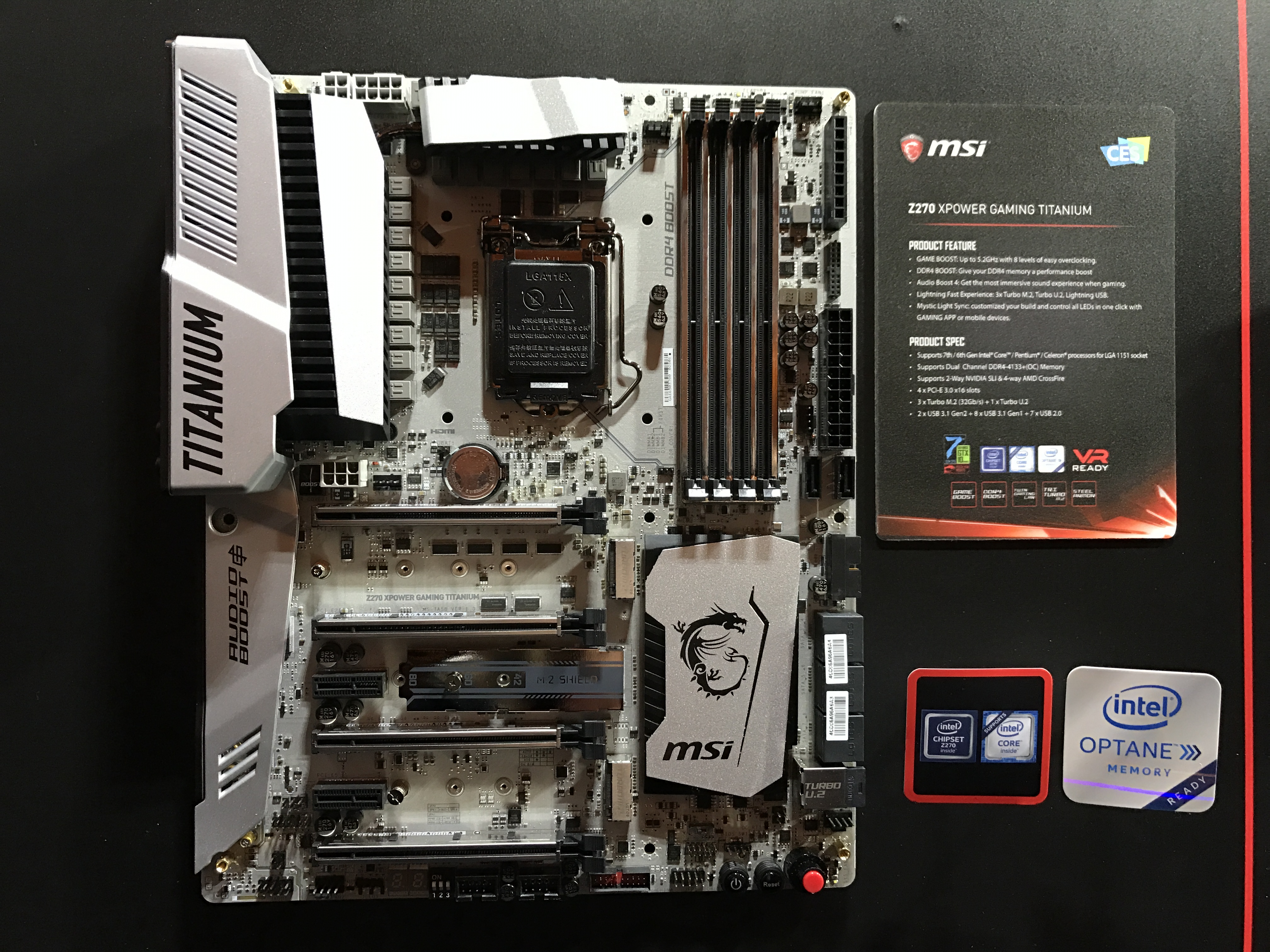 Other notable features include the increased prevalence of USB 3.1 (Gen 2) ports, which supports speeds up to 10Gbps, and MSI’s latest Audio Boost 4 gaming audio solution, which comes with a built-in amplifier that can automatically detect your headphone impedance. All of these features will be available across all of the new motherboards.

And because everybody loves RGB, MSI has humored us with a customizable RGB audio line that highlights the physical isolation of the audio components and complements MSI’s Mystic Light RGB lighting. 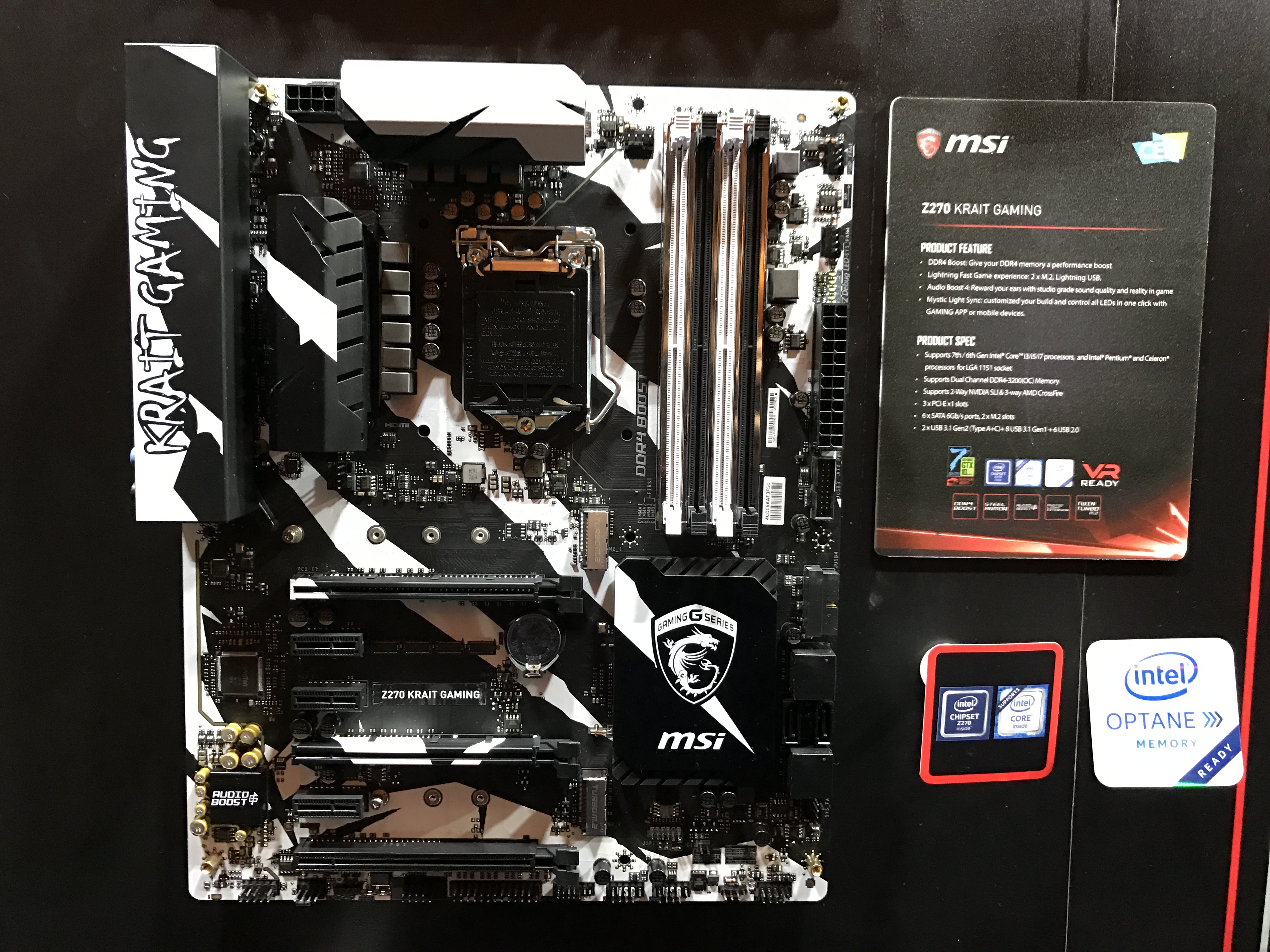 The motherboards can be classified into three different gaming themes; the top of the line "Master the Game (Enthusiast Gaming)" is targeted at core enthusiasts and features heavy duty heatsinks and shields for extreme overclockings, the "Game in Style (Performance Gaming)" reaches out to enthusiasts who loves customisations (these are the RGB bling bling motherboards), and the "Conquer the Battlefield (Arsenal Gaming) " range of motherboards are for budget sensitive gamers who want stable performances without the overclocking and RGB bells and whistles.

To complete its RGB master plan, MSI will also be collaborating with various component brands (such as Corsair, Kingston, Cooler Master, etc...) to integrate their RGB systems within these motherboards, so new owners can synchronise their RGB lighting patterns more harmoniously.

Here are your new MSI Z270 series of motherboards:

Join HWZ's Telegram channel here and catch all the latest tech news!
Our articles may contain affiliate links. If you buy through these links, we may earn a small commission.
Previous Story
Dell introduces the UP3218K, the world’s first 32-inch 8K monitor
Next Story
Attention fitness enthusiasts! There is now an armband for the Apple Watch